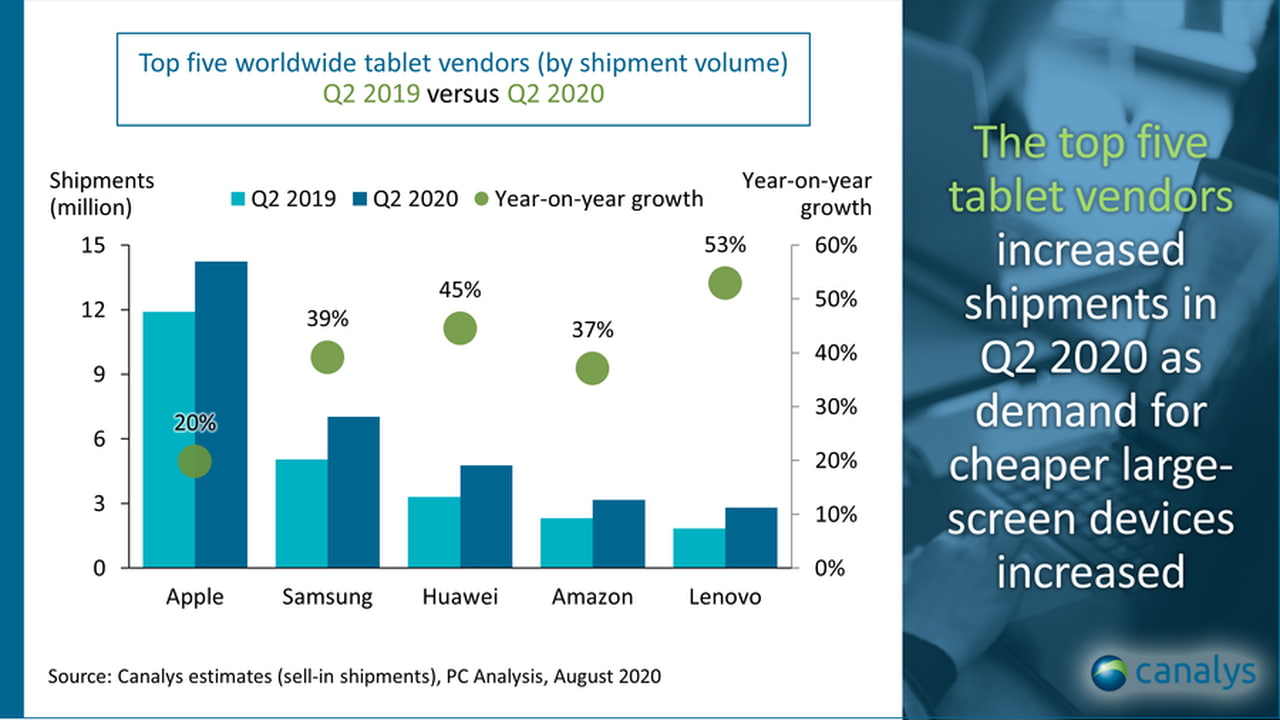 Worldwide tablet shipments surged 26% year over year, reaching 37.5 million units in Q2 2020, according to a new report from Canalys.
The top five tablet vendors all benefited from the surge in demand to post double-digit growth and reach shipment levels usually associated with the Q4 holiday season. Apple grew iPad shipments by 20% to lead the market once again, shipping more than 14 million units, a record for a second quarter. Samsung maintained its second-place position, shipping 7 million units and growing 39%. Huawei came third, with shipments up 45% year on year, thanks to a particularly strong performance in Western Europe. Amazon followed with an increase of 37%, then Lenovo, which leads the overall PC market, and was the fastest growing tablet vendor, up 53%.

Apple Releases Xcode 13, Will Be Required on macOS Monterey