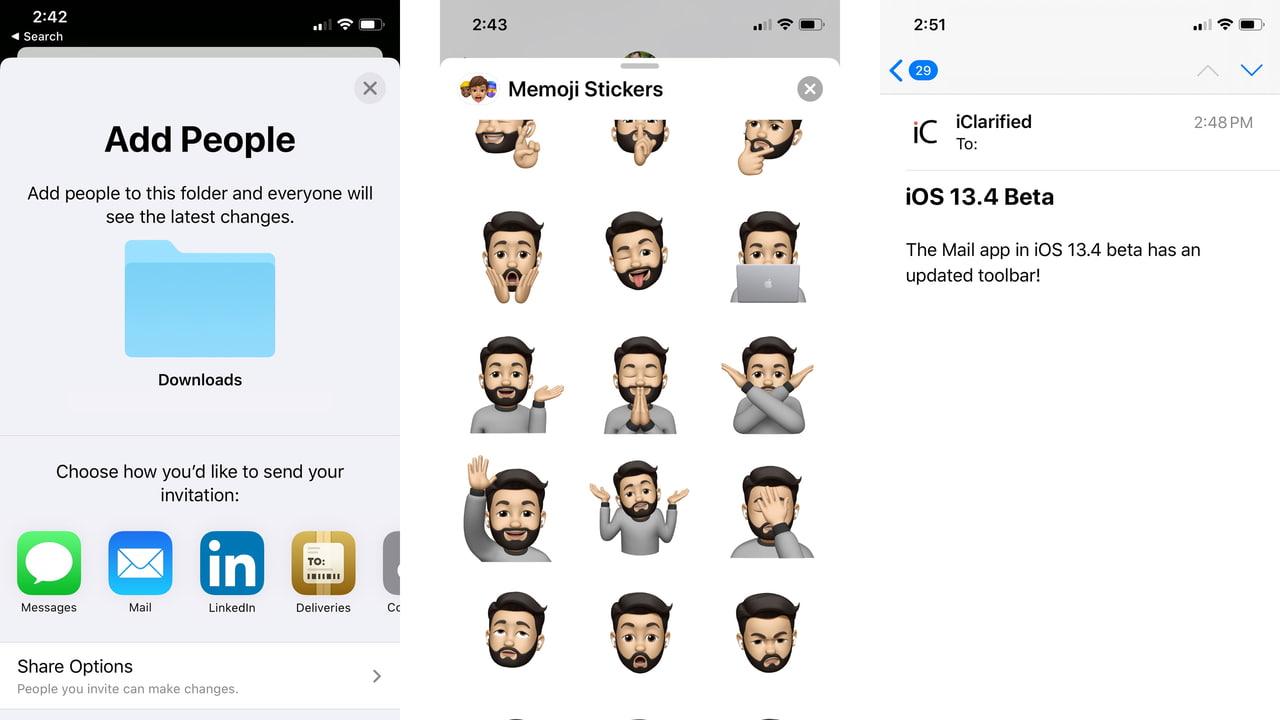 Here's a look at some of the new features in iOS 13.4 beta. The firmware update was just seeded to developers this afternoon.
What's New:
● iCloud Folder Sharing is finally here. This feature was demonstrated at WWDC 2019.
● Support for Universal Purchases.
● New Memoji stickers.
● Mail toolbar has been updated to include Trash, Folder, Flag, and Reply icons.
● New keyboard shortcuts are available in Photos on iPadOS which allow you to quickly navigate between tabs, search, and create albums. While in full screen mode you can also delete, duplicate, and enter Edit mode using a keyboard.
● CarPlay gets new call controls, third party navigation now supported/integrated into the CarPlay Dashboard view.
● References found in iOS 13.4 reveal new 'CarKey' API which will make it possible to use the iPhone and also the Apple Watch to unlock, lock, and start a car.
● When an app requests Always authorization for the first time after having previously been authorized for While Using the App, the device immediately presents the location authorization prompt.
● When using a NavigationView with multiple columns, the navigation bar now shows a control to toggle the columns.
● The onDrag and onDrop modifiers are now available on iOS.
Developers can download iOS 13.4 beta from the link below. Please download the iClarified app or follow iClarified on Twitter, Facebook, YouTube, and RSS for more updates.