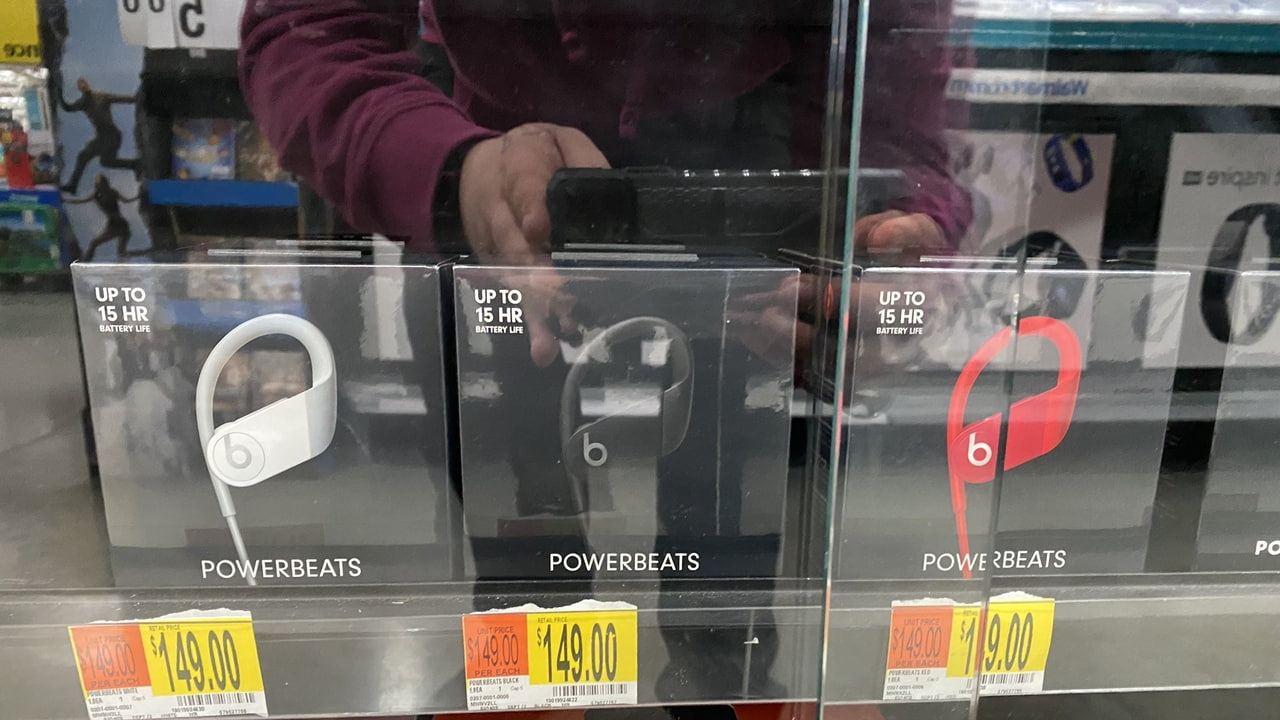 Apple has yet to officially announce its widely leaked Powerbeats4 wireless earphones but they've already hit the shelves at one Walmart.
Twitter user @eddiezus spotted the earphones at the department store in Rochester, New York:
did the new Beats Powerbeats drop without announcement? these were found in my local Walmart in Rochester NY.