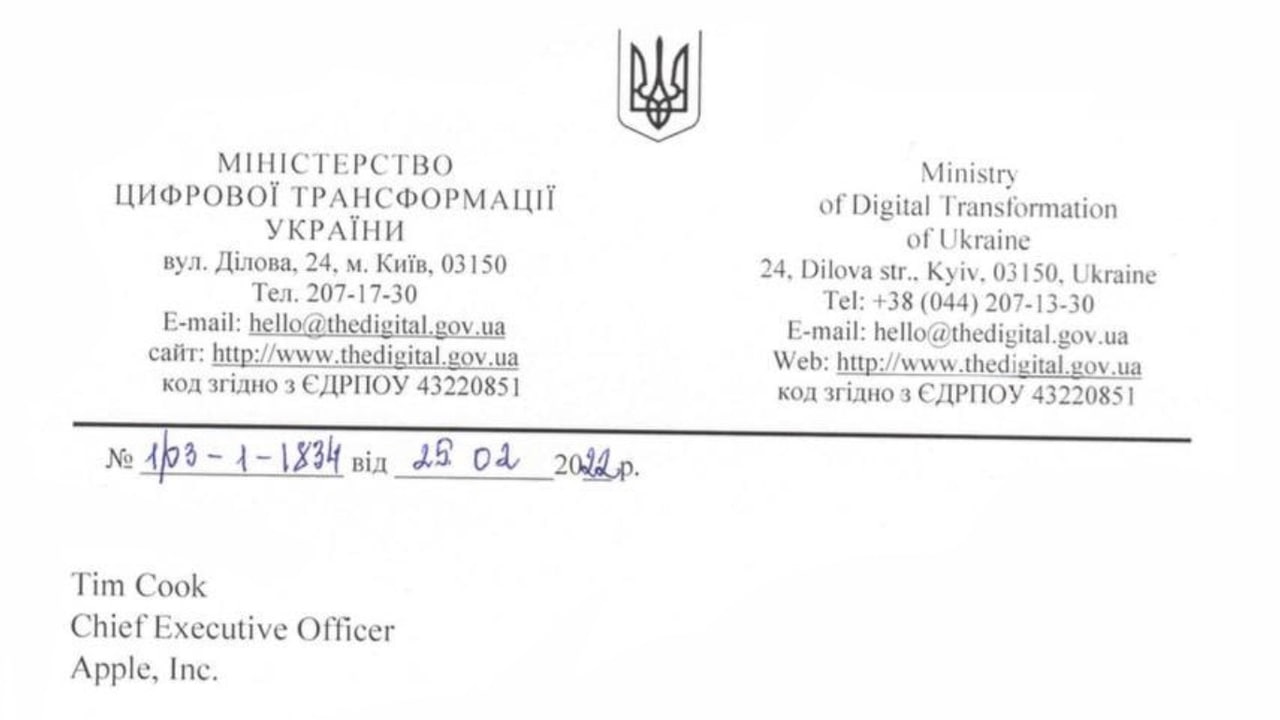 Ukrainian Vice Prime Minister Mykhailo Fedorov has written an open letter to Tim Cook urging the Apple CEO to cut Russia off from the company's services as it carries out the most atrocious military attack in modern history.
"I’ve contacted @tim_cook, Apple's CEO, to block the Apple Store for citizens of the Russian Federation, and to support the package of US government sanctions! If you agree to have the president-killer, then you will have to be satisfied with the only available site Russia 24."
Here's the letter…