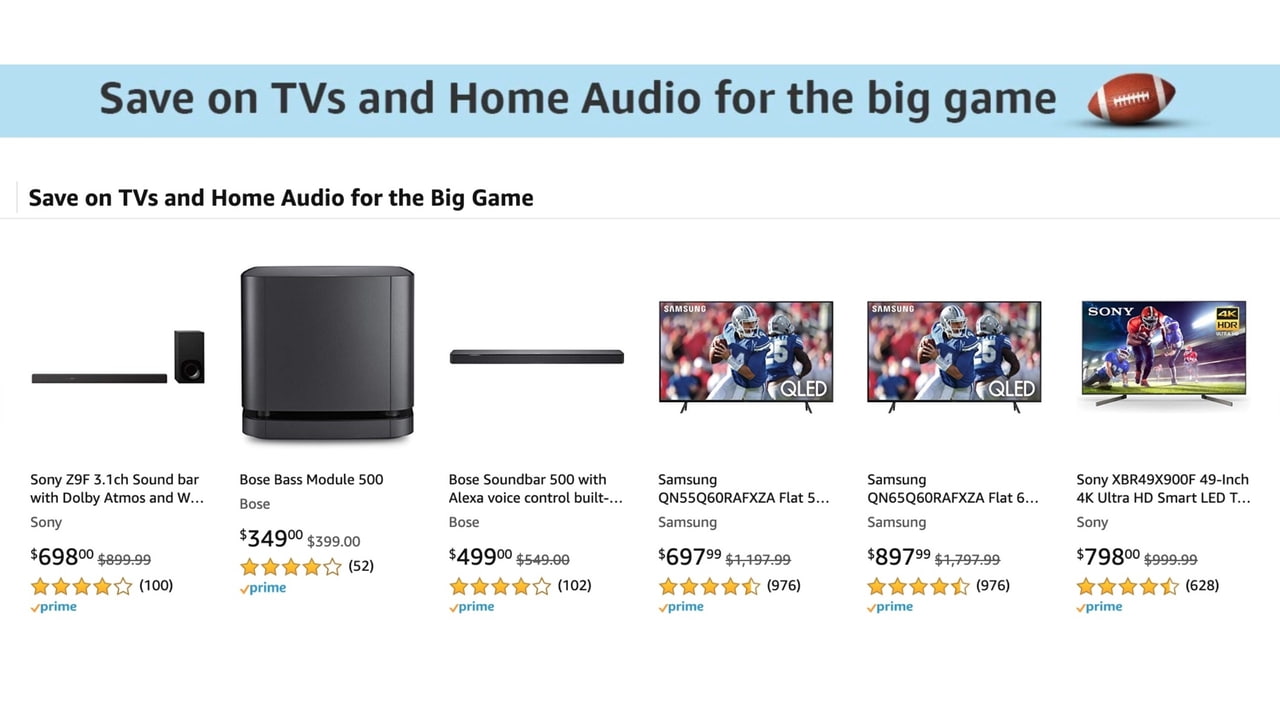 Amazon has discounted numerous TV and Home Audio devices ahead of Super Bowl LIV. Depending on your location, there are still some television models that will ship in time for the big game (if you order soon).
This year's match features the San Francisco 49ers playing against the Kansas City Chiefs on February 2, 2020 at the Hard Rock Stadium in Miami Gardens, Florida. FOX will be streaming the game in upscaled 4K HDR so take that into consideration if you're planning to purchase a new TV.
Notably, the NFL recently announced that it will released a 'visual album' called Super Bowl LIV Live on Apple Music during the event. You can learn more about that here.