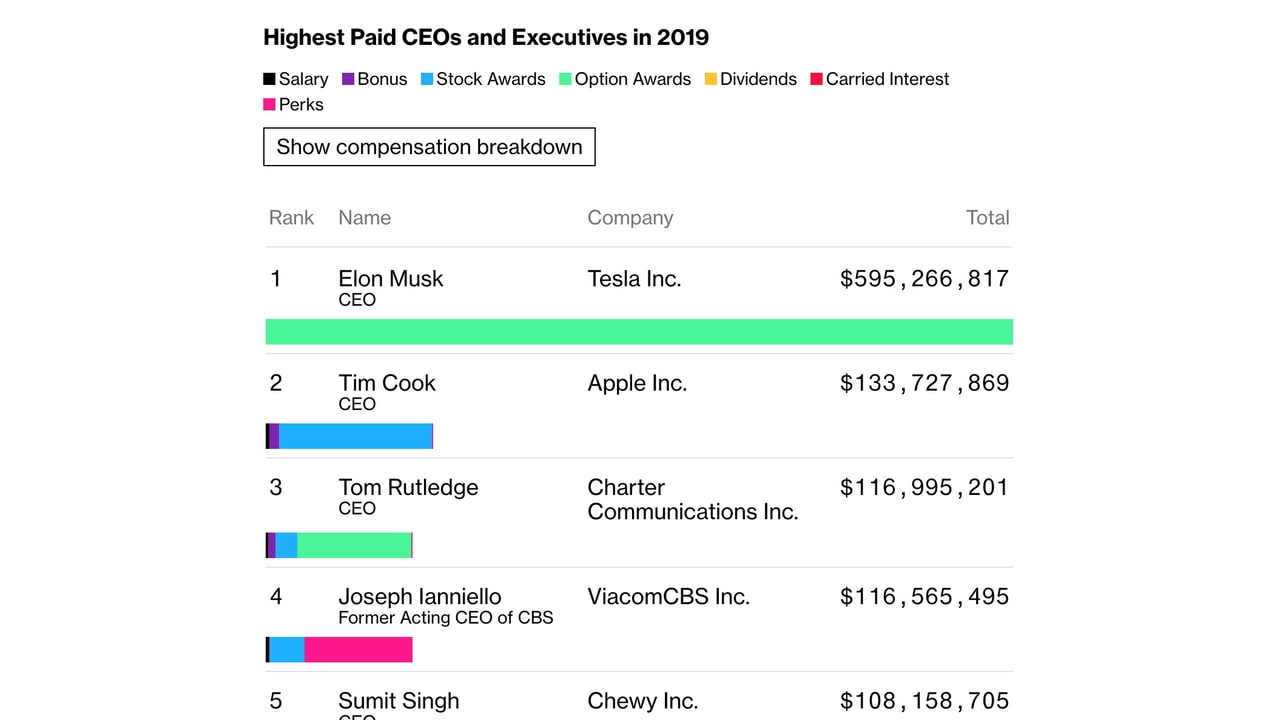 Apple CEO Tim Cook was the second highest paid CEO in the United States last year, earning $133.7 million, reports Bloomberg. Most of his earnings came from an equity grant received in 2011.
Despite Cook's impressive salary, it pales in comparison to Tesla CEO Elon Musk who earned the top spot with $595.3 million. Bloomberg notes that a couple years ago the CEO scored a deal which would pay in the tens of billions if Telsa became one of the world's most valuable firms.
Tom Rutledge, CEO of Charter Communications, came in third with $117 million. Joseph Ianniello, Former Acting CEO of CBS, was in fourth with earnings of $116.6 million and Sumit Singh, CEO of Chewy, landed in fifth with $108.2 million.