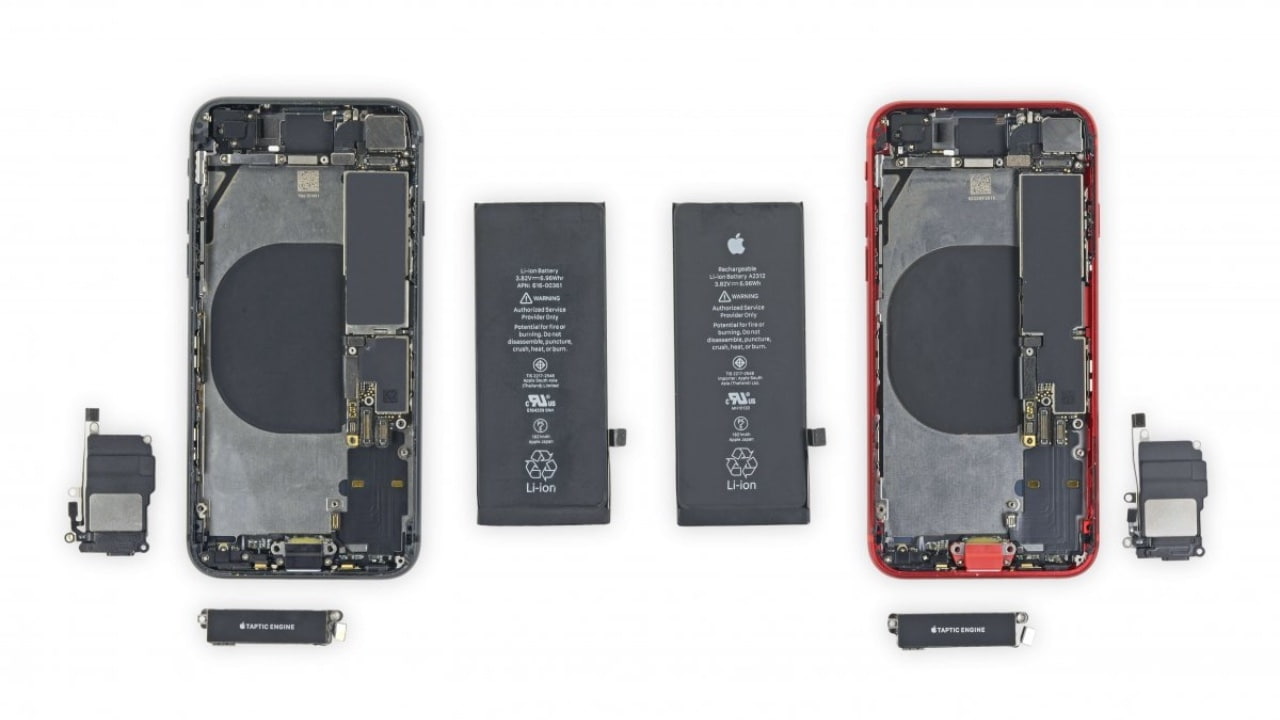 iFixit has determined that some iPhone 8 parts can be used in the new iPhone SE and vice versa. This follows an early teardown video which found also found parts could be swapped between models.
The good parts first: iPhone SE’s cameras, SIM tray, Taptic Engine, and display assembly (including the microphone and proximity sensor) are all swappable with iPhone 8 parts. And that screen should be cheaper to replace than any new iPhone we’ve seen in years.
The site warns that swapping the display will result in a loss of True Tone unless you have access to a screen programmer. As usual, the Home buttons are not interchangeable and even if you replace your battery with another genuine battery, Apple will trigger a “not a genuine Apple battery” service warning.

Apple Smart Keyboard Folio On Sale for 40% Off [Deal]