Siri Reveals Next Apple Event to be Held April 20 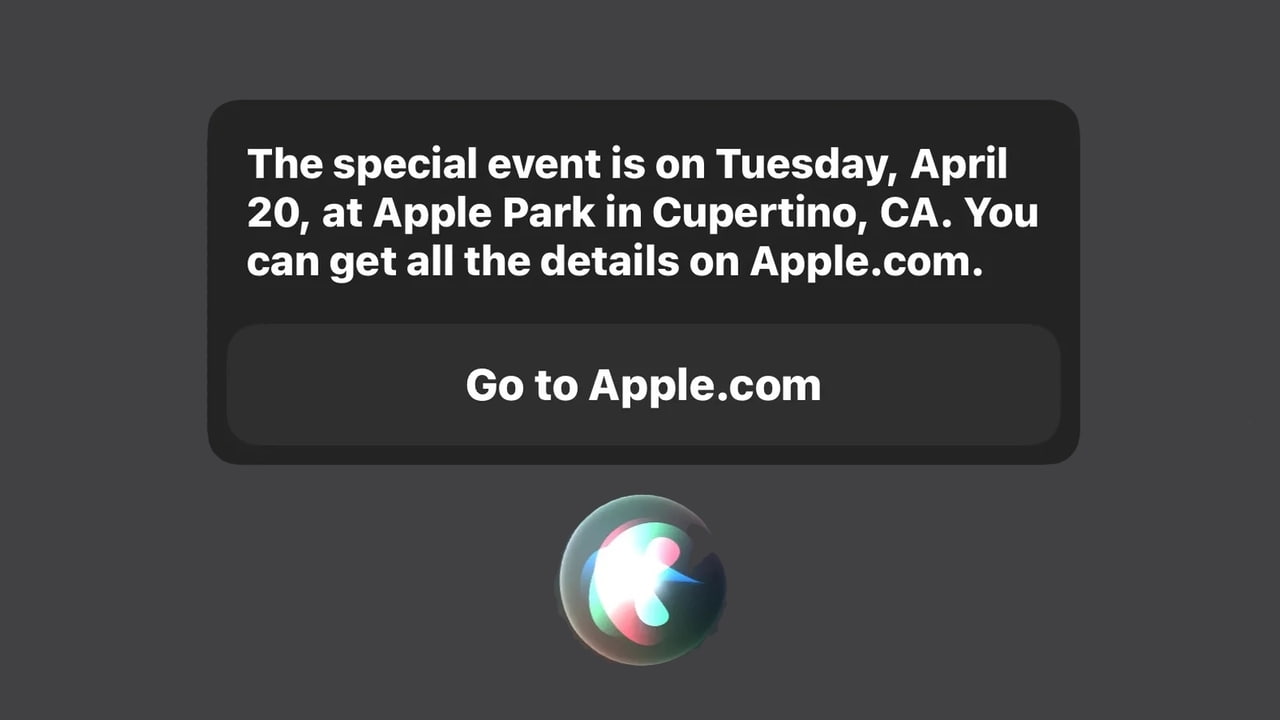 Siri has accidentally revealed that Apple plans to hold its next special event on April 20th.
When asked "When is the next Apple event?", Siri replies, "The special event is on Tuesday, April 20, at Apple Park in Cupertino, CA. You can get all the details on Apple.com."
Given that the event is just a week away, it's likely Apple will send out invites later today.