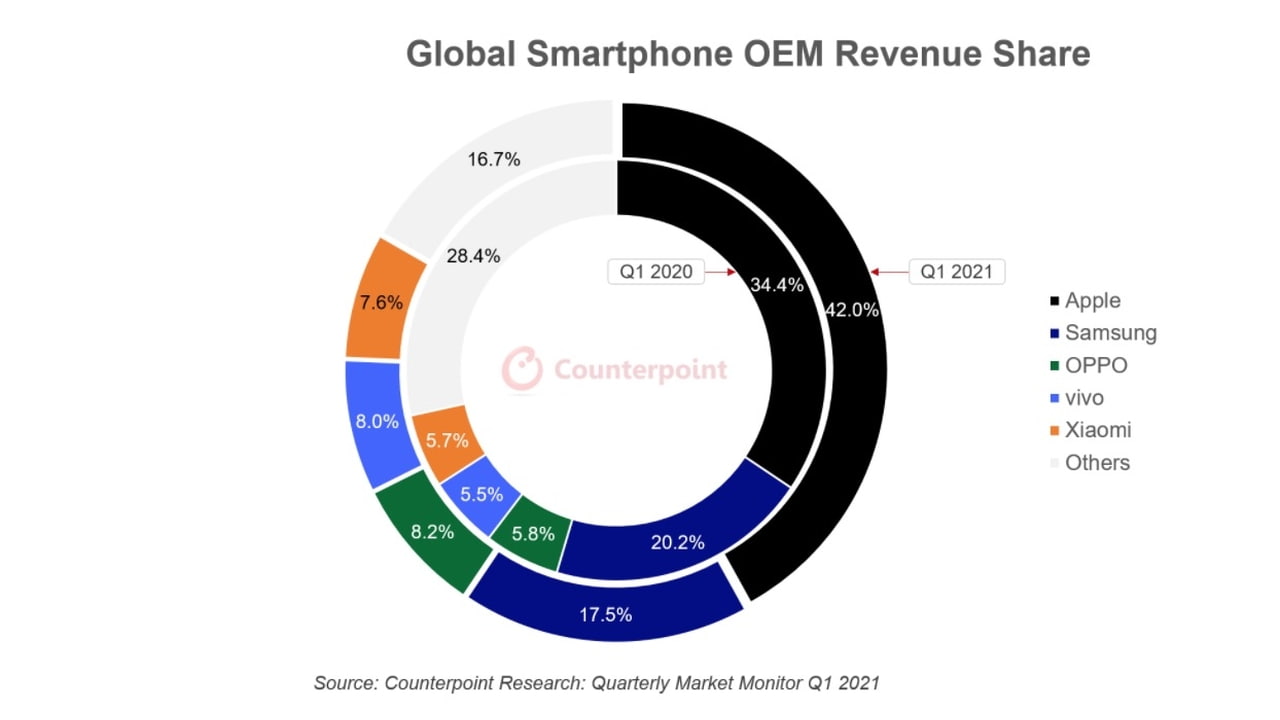 Samsung retook its position as the top smartphone maker in the first quarter of this year but Apple captured 42% of market revenue, according to Counterpoint research. That's over twice Samsung's revenue share of 17.5%.
Counterpoint says that global smartphone shipments grew 20% YoY in Q1, reaching 354 million units. Samsung shipped 76.8 million of those units. Total revenue crossed the $100 billion mark for the first time in a March-ending quarter at $113 billion.
Commenting on OEM rankings, Senior Analyst, Varun Mishra, added, “Samsung regained the top spot with the successful launch of the Galaxy S21 series, with pent-up demand across Europe, US, Korea and other markets. At the same time, the demand for iPhone 12 series remained strong as Apple reached a record first-quarter market share in the US, China, India and Japan. Xiaomi, OPPO and vivo registered an all-time high global market share globally and across markets such as China, Europe, Latin America and South Asia. All three brands successfully filled the gap left by Huawei and are positioned well to further grow across these regions.”