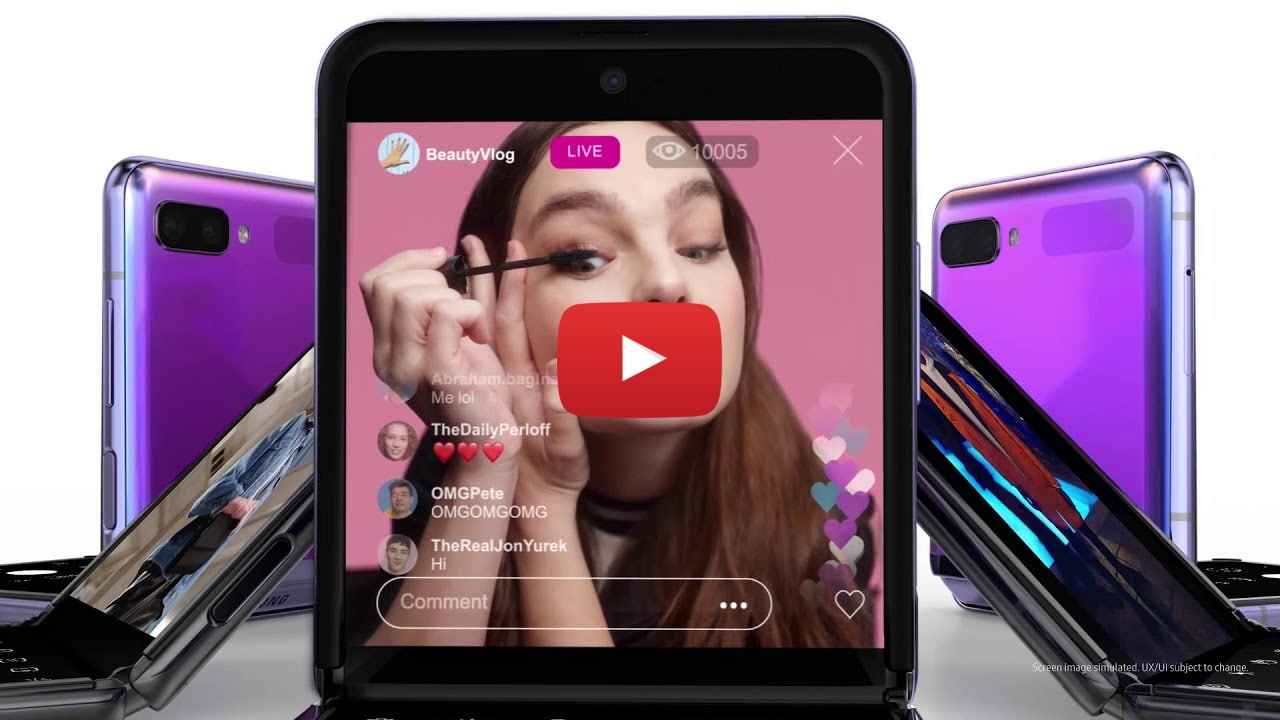 Samsung aired an ad during the Oscars that revealed the design of its new foldable flip phone. The smartphone will reportedly be called the 'Galaxy Z Flip'.
Although the device had leaked, we weren't expecting Samsung to officially unveil it until its Unpacked event tomorrow, February 11th.
The new flip phone appears to come in purple and black. It has a small notification display on the exterior, alongside a flash and camera. Once flipped open there is a tall vertical display on the inside with a centered selfie camera.

Apple Announces It Will Scan User Photos for Child Pornography