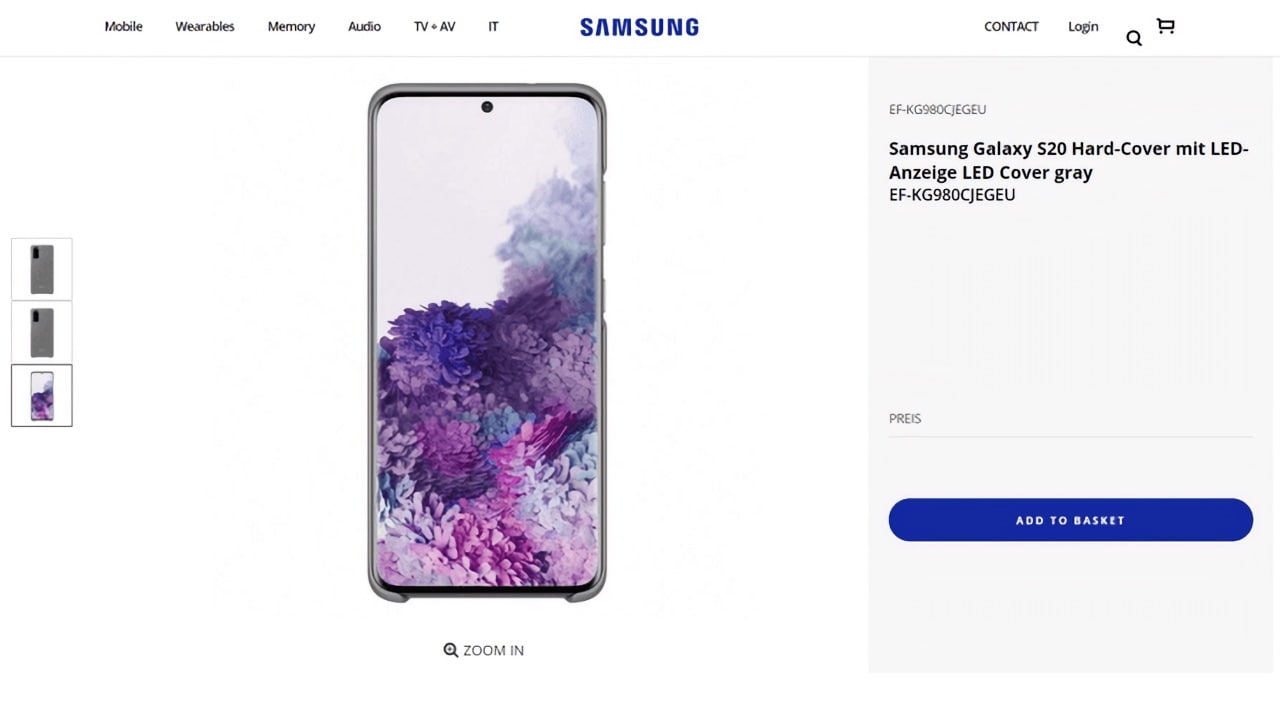 Samsung has accidentally leaked its next generation flagship smartphone, the 'Galaxy S20', ahead of its official unveiling.
Images of the smartphone were spotted on an accessory page for an LED hard cover by WinFuture.
The product page showed the Samsung Galaxy S20 hard cover with LED display, which is also simply referred to as the Galaxy S20 LED cover. The peculiarity of this cover is that it is covered on the back with a row of small LEDs that can display various symbols in addition to a "starry sky" mood light. The cover can also show a countdown when taking photos. In addition, incoming calls should now also be signaled by means of an LED symbol on the cover.