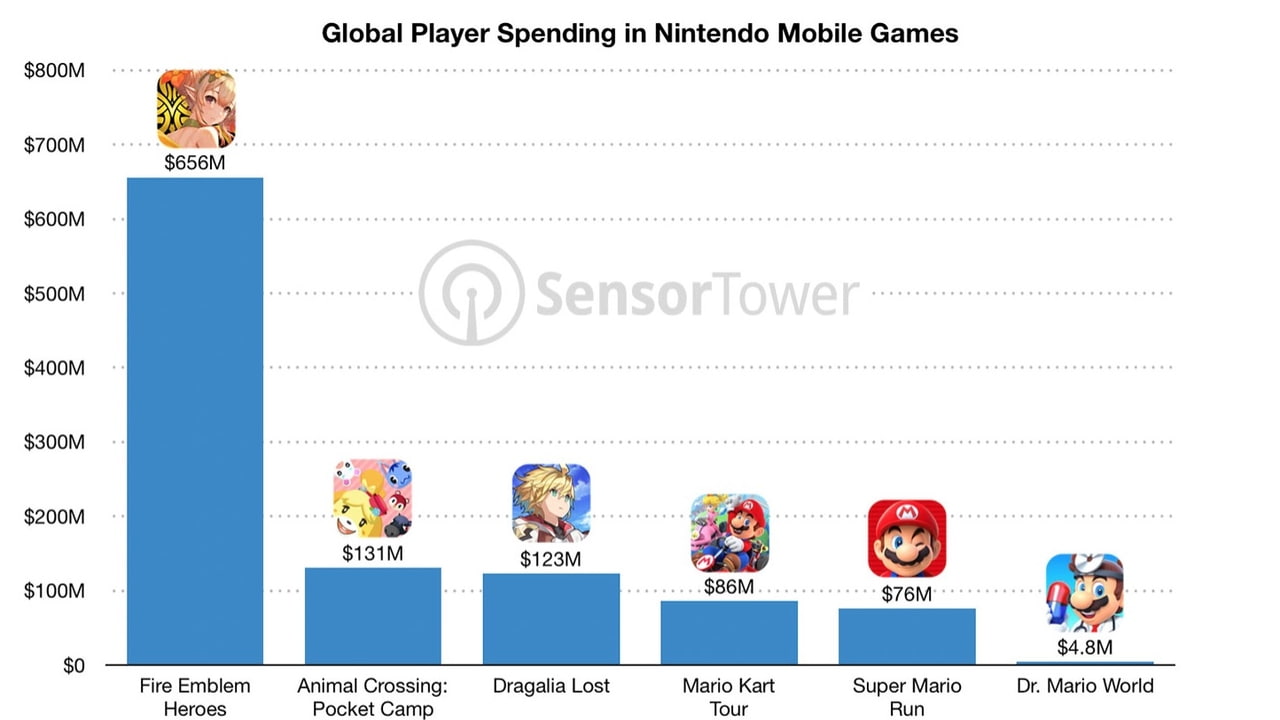 Nintendo has now generated over $1 billion in lifetime revenue from its apps on the App Store and Google Play store, according to a new report from Sensor Tower. The company's six games have reached a combined 452 million downloads.
The majority—$656 million, or 61 percent—of Nintendo’s mobile revenue has come from strategy RPG Fire Emblem Heroes. The next two highest-grossing Nintendo titles were Animal Crossing: Pocket Camp, which has accounted for 12 percent of all user spending among the company’s mobile games, followed by Dragalia Lost at 11 percent.
Notably, Mario Kart Tour and Super Mario Run only accounted for 8% and 7% of overall revenue, respectively. Dr. Mario World trails even further behind at just 1%.

Craig Federighi on How Apple Taught iPadOS to Read Handwriting