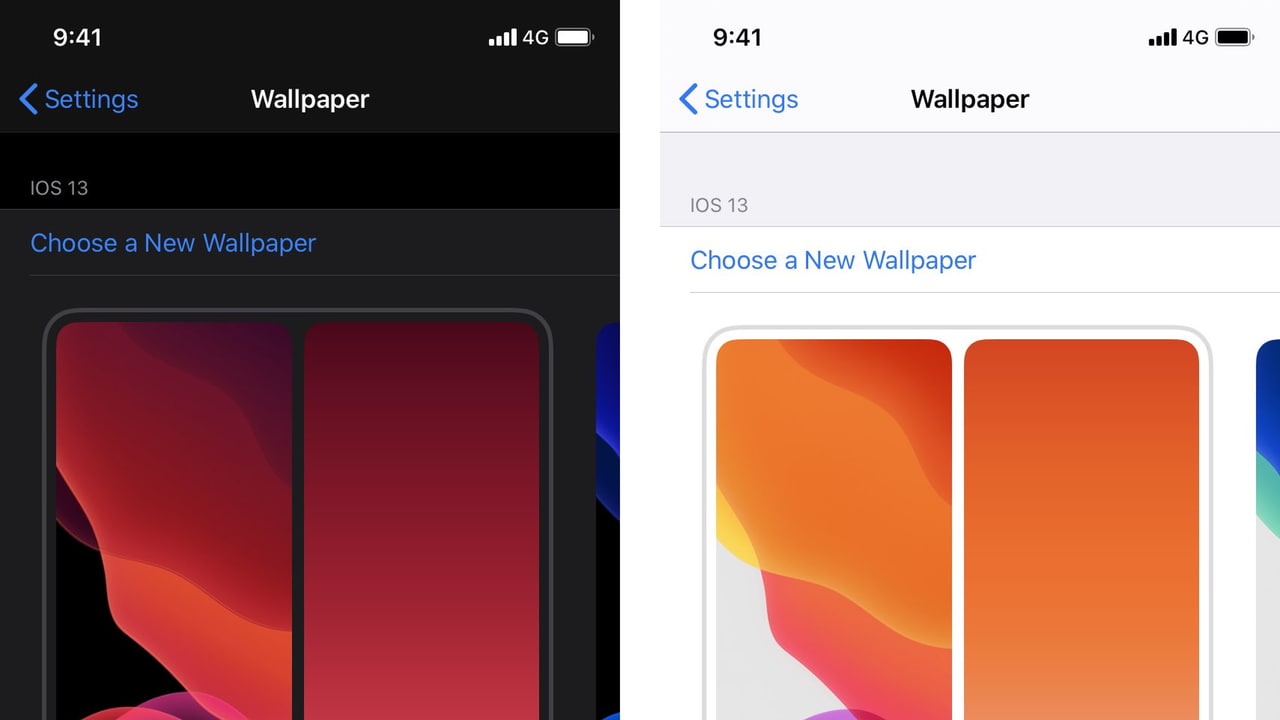 Screenshots have leaked from an early build of iOS 14 revealing a new wallpaper settings panel. The screenshots were posted to Twitter by @donglebookpro.
Apple's default wallpapers are now separated by collections which include "Classic Stripes", "Earth & Moon", and "Flowers". There is also a new "Home Screen Appearance" option which allows users to define a smart dynamic wallpaper that is only used on the home screen. These wallpapers include a flat color, a blurred one, and a dark version.
Notably, 9to5Mac believes these smart dynamic wallpapers will work well with another feature they've discovered, internally referred to as "Avocado". The feature appears to provide real widgets on the iPhone and iPad for the first time.