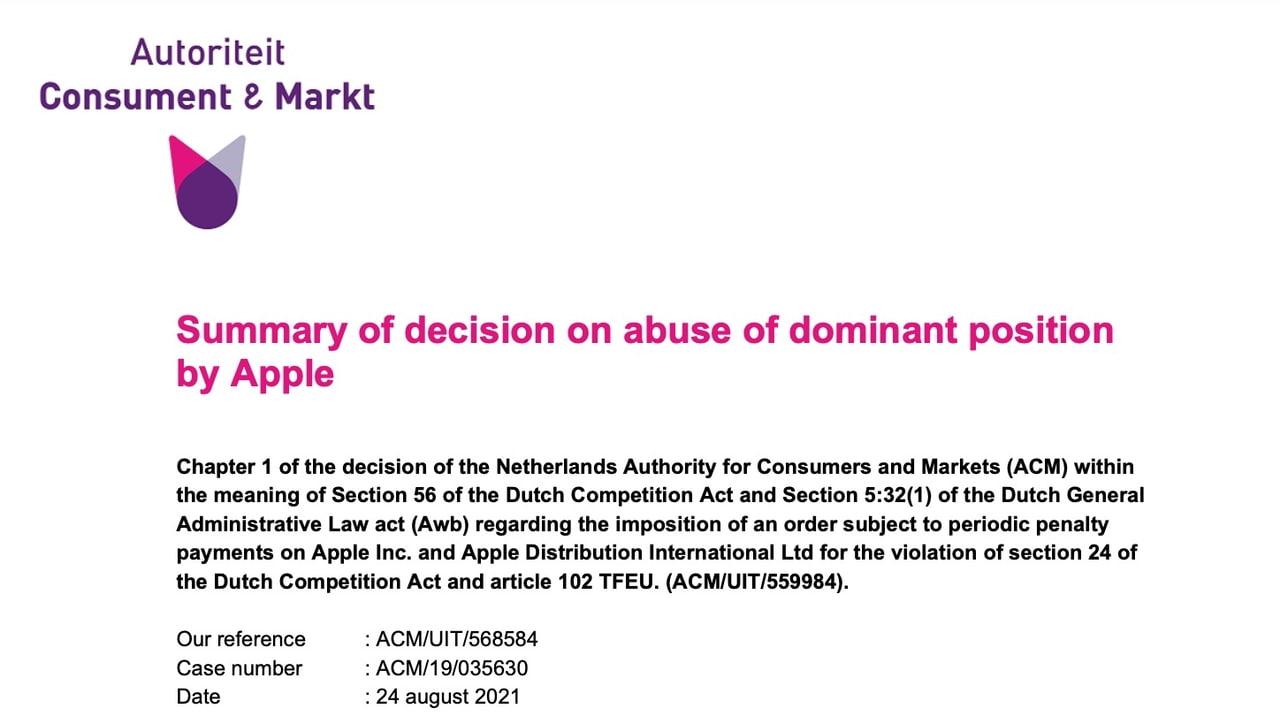 Apple has been ordered to allow dating apps to use third party payment systems by the Netherlands Authority for Consumers and Markets (ACM).
Dating-app providers are currently not able to choose freely a payment system for purchases made in their dating apps by consumers. [suspended] If Apple does not adjust the unreasonable conditions within two months, it will have to pay a periodic penalty of 5 million euros per week up to a maximum of 50 million euros. In this way, ACM seeks to improve the situation for app providers regarding Apple’s unreasonable conditions.
Martijn Snoep, Chairman of the Board of ACM, explains: “Some app providers are dependent on Apple’s App Store, and Apple takes advantage of that dependency. Apple has special responsibilities because of its dominant position. That is why Apple needs to take seriously the interests of app providers too, and set reasonable conditions. That is what we are forcing Apple to do with this order. Protecting people and businesses against abuse of market power in the digital economy is one of our most important duties.”