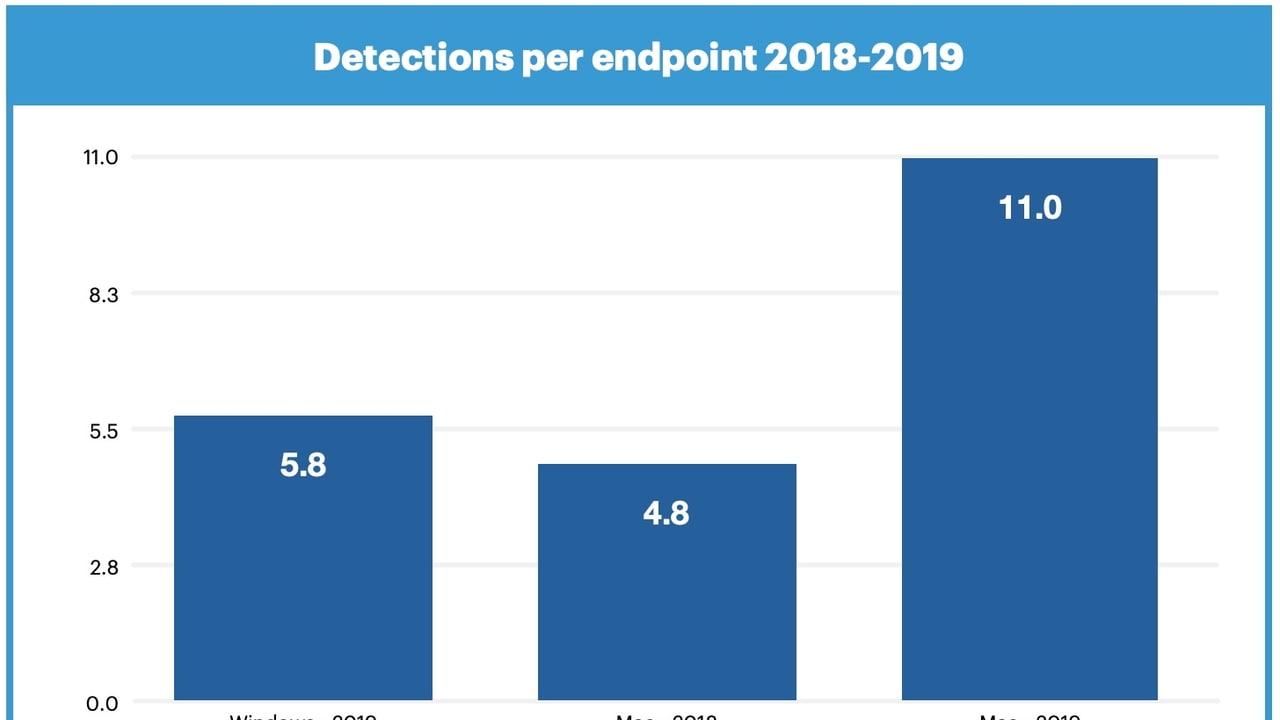 Mac malware detections per endpoint have surpassed Windows for the first time, according to a new report from Malwarebytes.
The company's 2020 State of Malware Report found that Mac detections per endpoint more than doubled last year.
Mac detections per endpoint increased from 4.8 in 2018 to a whopping 11.0 in 2019, a figure that is nearly double the same statistic for Windows. This means that the average number of threats detected on a Mac is not only on the rise, but has surpassed Windows—by a great deal. This is likely because, with increasing market share in 2019, Macs became more attractive targets to cybercriminals. In addition, macOS’ built-in security systems have not cracked down on adware and PUPs to the same degree that they have malware, leaving the door open for these borderline programs to infiltrate. Further, for the first time ever, Mac threats appeared at the top of Malwarebytes’ overall threat detections. Two Mac threats—NewTab and PCVARK—showed up in second and third place in our list of the most prevalent detections across all platforms.