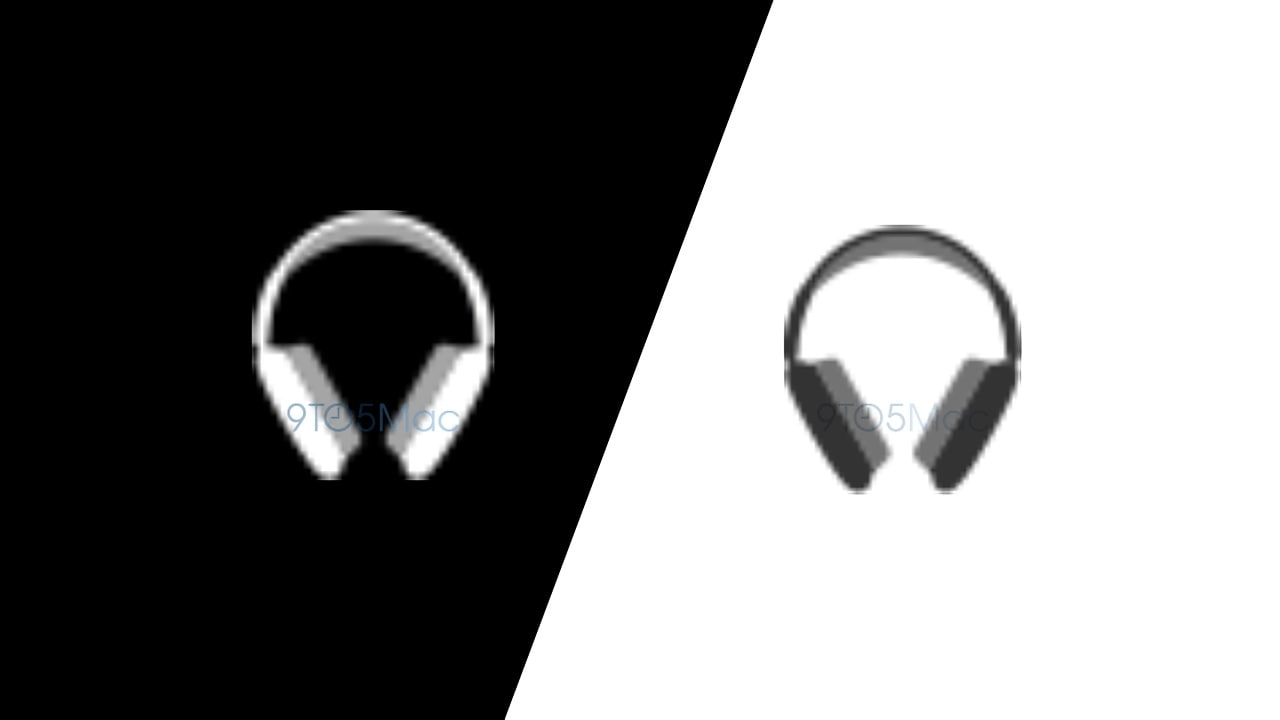 Two icons representing light and dark versions of Apple's rumored over-ear headphones have been found in an early build of iOS 14, reports 9to5Mac.
The two icons discovered by 9to5Mac give us the clearest picture to date of how high-end, over-ear Apple headphones will look. These glyphs are used in iOS 14 to represent the unreleased headphones throughout the operating system including Apple’s battery and charging status widget.
Based on the icons, it appears likely that the headphones will come in white and perhaps space gray or black.