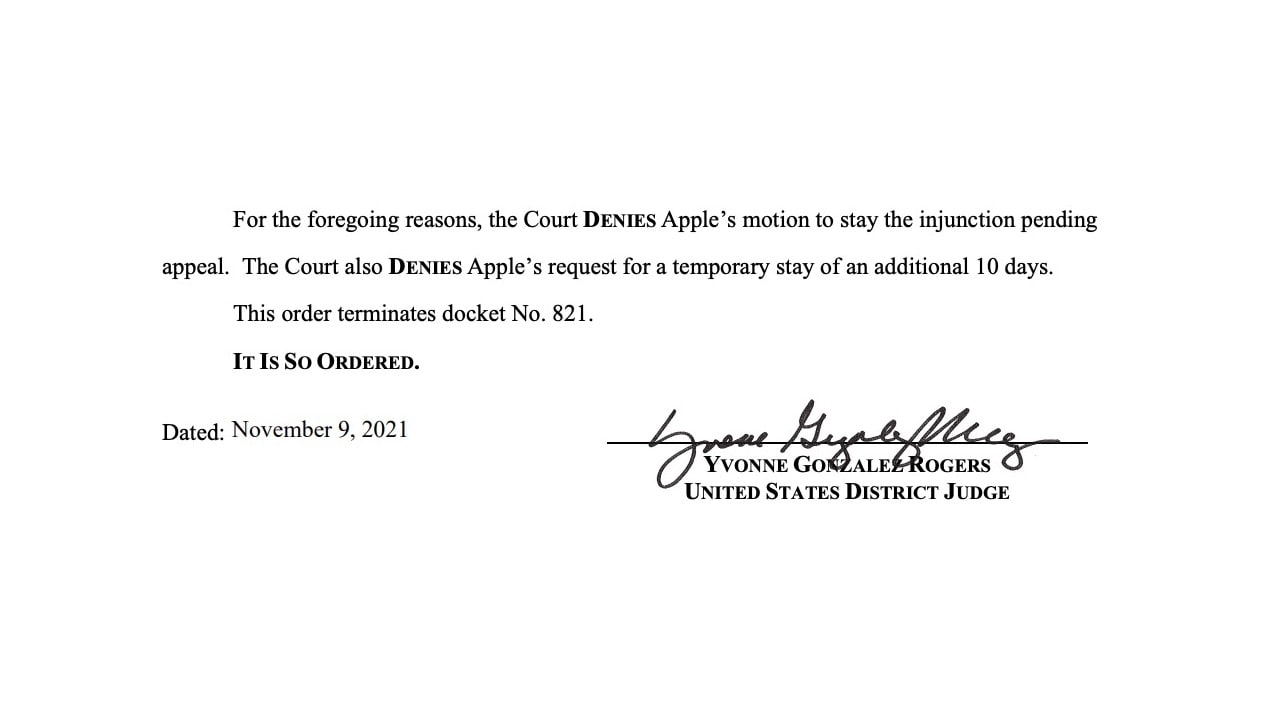 United States District Judge Yvonne Gonzalez Rogers has denied Apple's request to stay an App Store injunction pending resolution of all appeals.
Although Apple won must of its initial legal battle with Epic Games, the company was ordered to allow developers to link external payment options. It filed an appeal but requested that the injunction be stayed until after the appeal.
From the Order Denying Apple's Motion to Stay Injunction Pending Appeal…