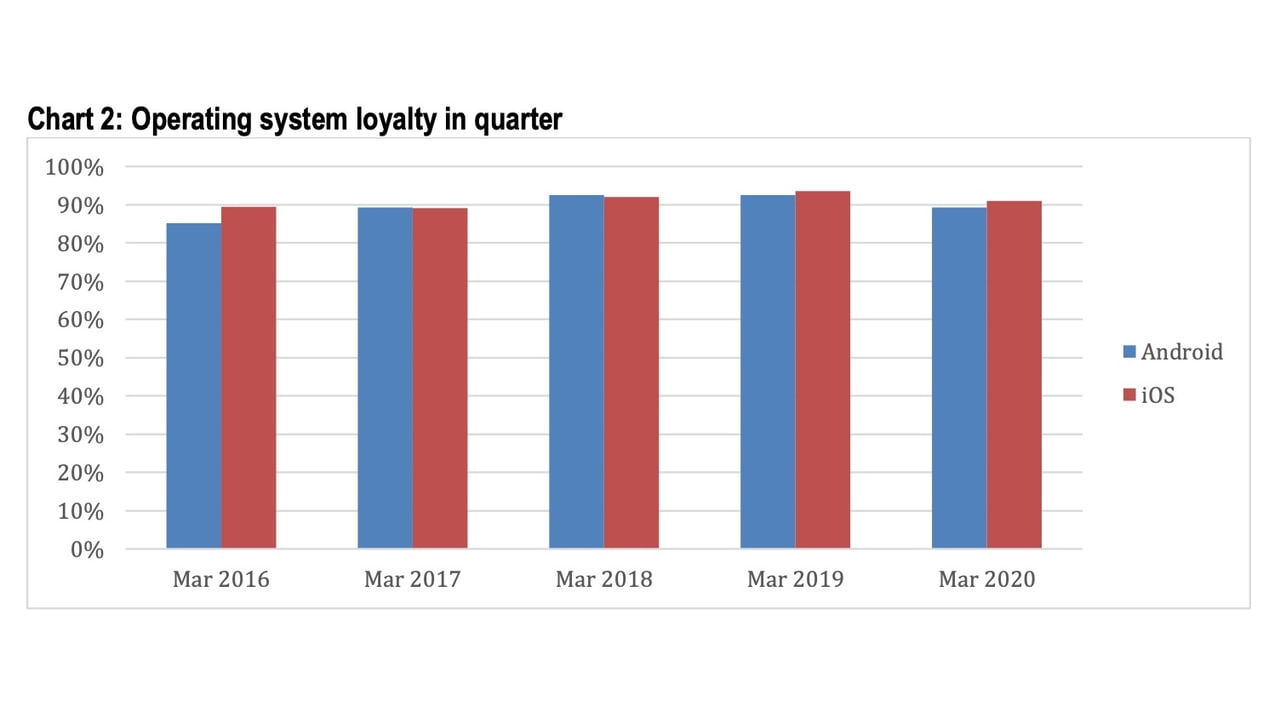 The share of iOS activations in the United States increased to 44% last quarter, the highest level for the March quarter since 2016, reports CIRP.
Apple and Google have had stable shares of the US operating system market for many quarters. In the most recent March 2020 quarter, Google Android had 56% of activations, while Apple iOS had 44%.
“US operating system market shares have varied slightly in the past few years, but have remained remarkably stable,” said Josh Lowitz, Partner and Co-Founder of CIRP. “Android has typically had a somewhat greater share, but shares have not varied considerably. If public health officials hope to cover the entire US population with a proper COVID-19 contact tracing app, Apple and Google must figure out a way to do it together.”

After Mocking Apple, Xiaomi Announces Charger Not Included With Mi 11