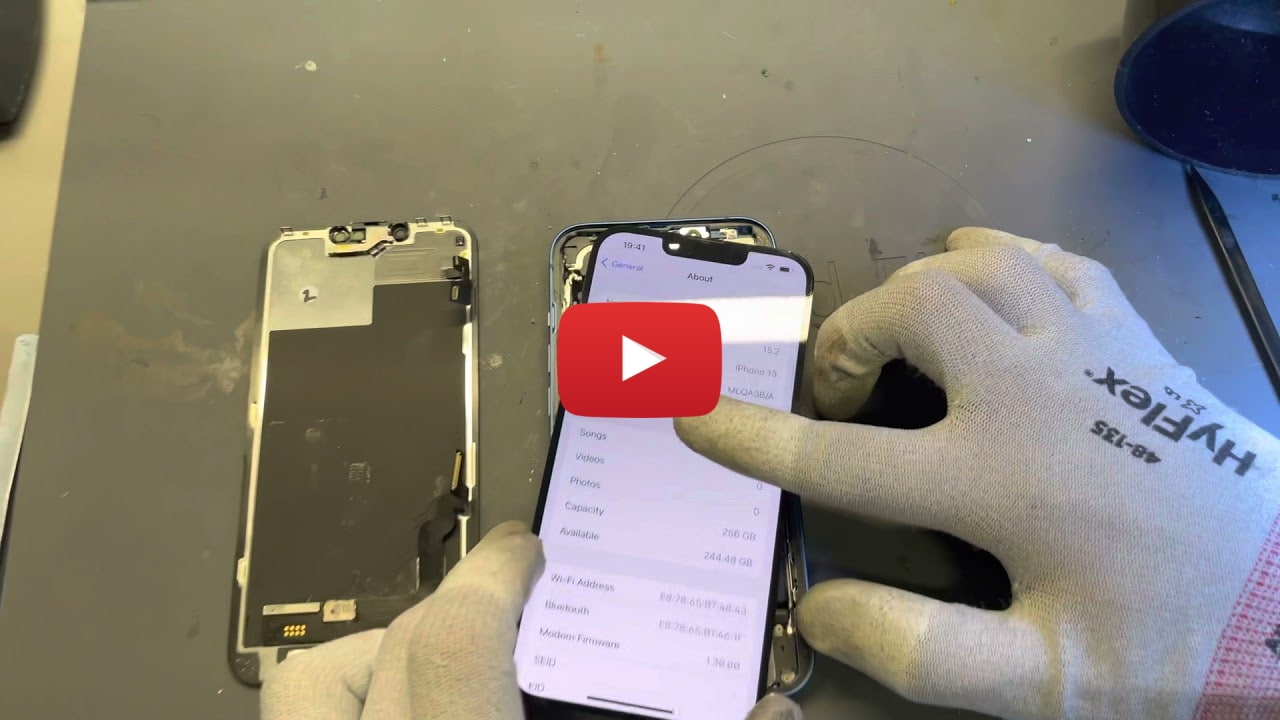 iOS 15.2 beta allows users to replace their iPhone 13 display without disabling Face ID, according to a new report from iClever.
After the release of the iPhone 13, users discovered that changing the display results in Face ID getting disabled. Teardowns reveal a small microcontroller, tucked into the bottom of a screen, that pairs the device to its screen. To perform a replacement, Apple technicians need to log into Apple's cloud servers and sync the serial numbers of the phone and screen. This gives Apple the ability to approve or deny each repair.
Customers and repair shops were dismayed by the discovery and their complaints appear to have moved Apple to reverse the constraint. Earlier this month, the company announced it would remove the restriction in a software update. In addition, Apple just announced a Self Service Repair program that will make it easy for customers to order genuine parts and perform basic repairs on their own.