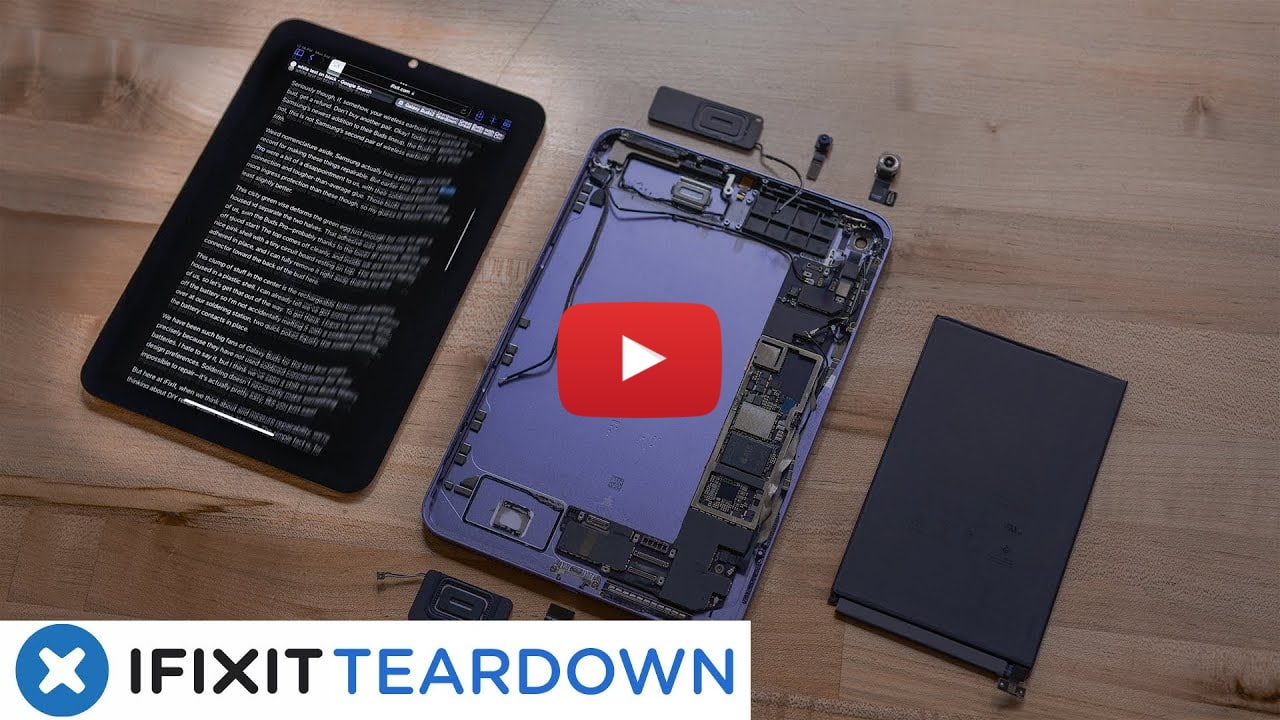 iFixit has posted a video teardown of Apple's new iPad mini that addresses the jelly scrolling phenomenon being reported by users.
The iPad Mini has finally gotten an update to match Apple’s latest iPad and iPhone design! iPads are usually about as awful as they come in repair terms, but that doesn’t mean we could resist taking the cute little thing apart. We’re always hoping the iPad team at Apple will start to take design notes from the iPhone team—maybe they finally have.
Take a look at the video below…