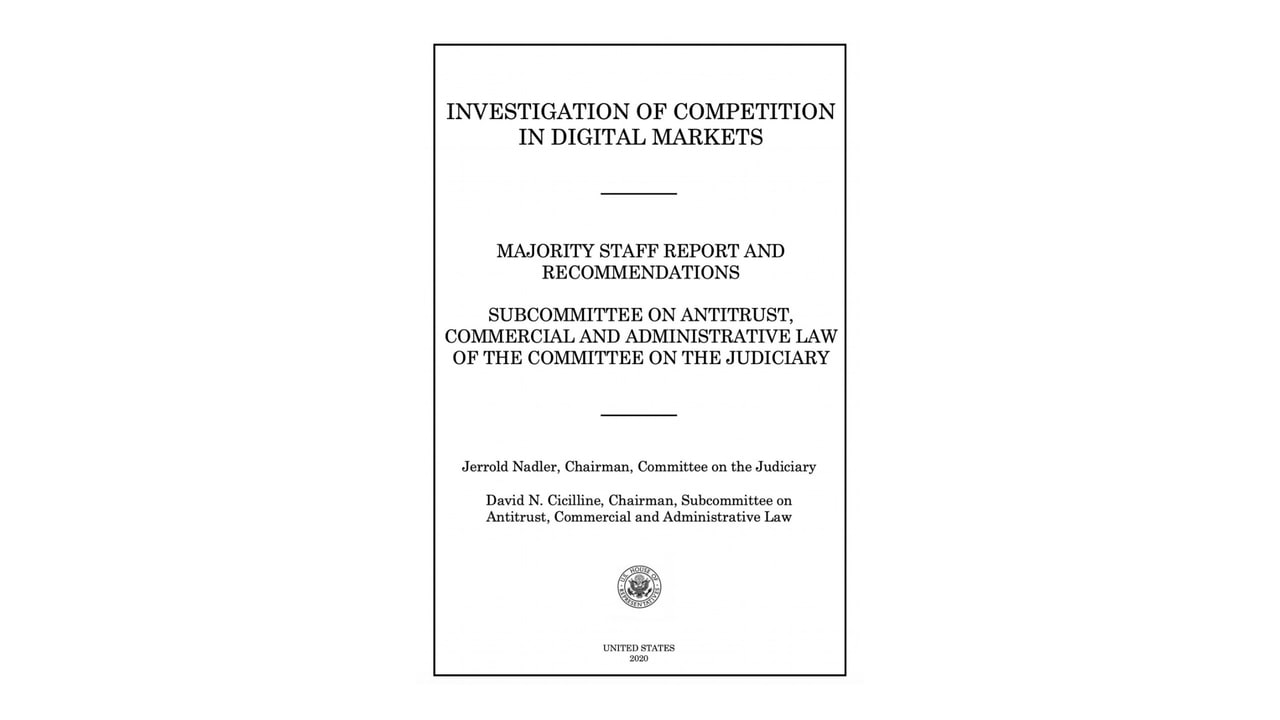 The House Judiciary Committee has released a 449 page report on its 'Investigation of Competition in Digital Markets'.
As expected, the investigation found that today's big tech companies (Amazon, Apple, Facebook, and Google) have become monopolies.
To put it simply, companies that once were scrappy, underdog startups that challenged the status quo have become the kinds of monopolies we last saw in the era of oil barons and railroad tycoons. Although these firms have delivered clear benefits to society, the dominance of Amazon, Apple, Facebook, and Google has come at a price. These firms typically run the marketplace while also competing in it—a position that enables them to write one set of rules for others, while they play by another, or to engage in a form of their own private quasi regulation that is unaccountable to anyone but themselves.