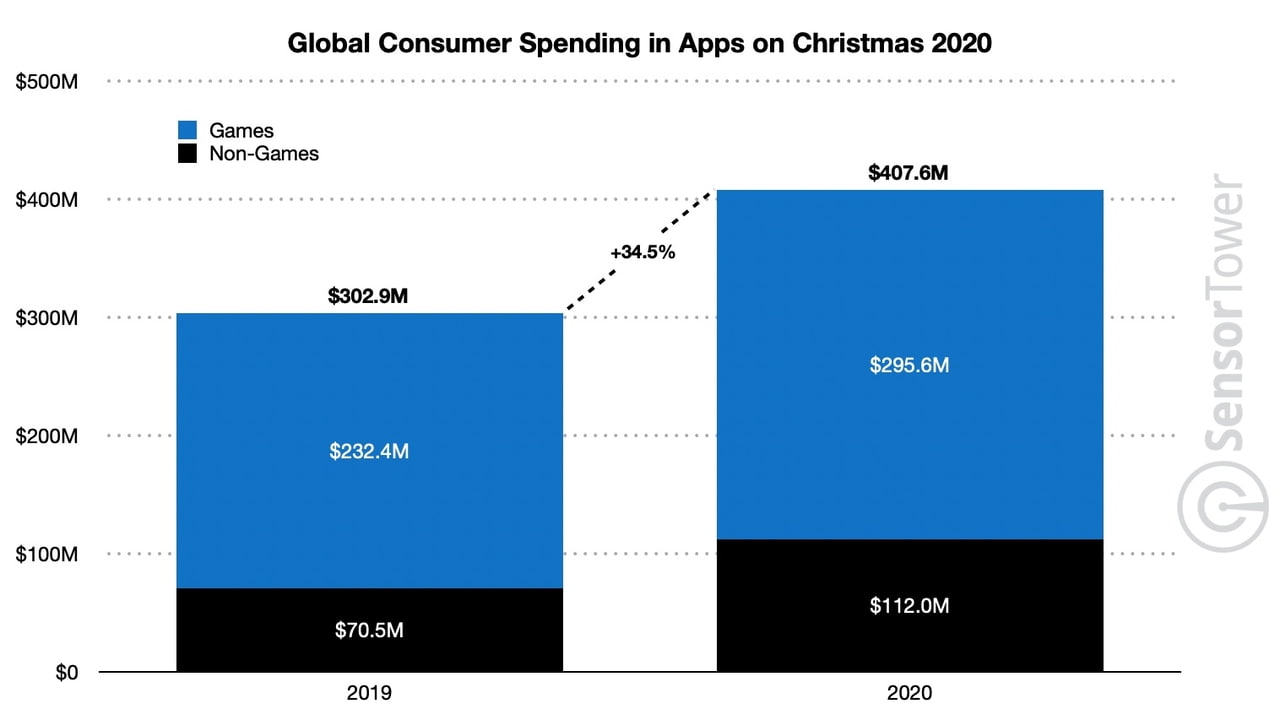 Global app spending grew 34.5% on Christmas this year, reaching $407.6 million, according to a new report from Sensor Tower. That's up from 17.7% growth last year when spending reached $303 million.
Mobile spending on Christmas comprised 4.5 percent of the month’s total spending so far, which reached approximately $9 billion globally from December 1 to December 27. The majority of the holiday spending was on mobile games, which climbed 27 percent from $232.4 million on Christmas 2019 to $295.6 million this year. Tencent’s Honor of Kings was the category leader with approximately $10.7 million in consumer spending, up 205.7 percent Y/Y from $3.5 million on the same day in 2019. Consumers spent $112 million on non-game apps this Christmas, up 59 percent from $70.5 million in the previous year. Compared to last Christmas, non-game apps saw 4.2 percentage points more total spending.

Anker Chargers, Cables, and Accessories On Sale for Up to 30% Off [Deal]