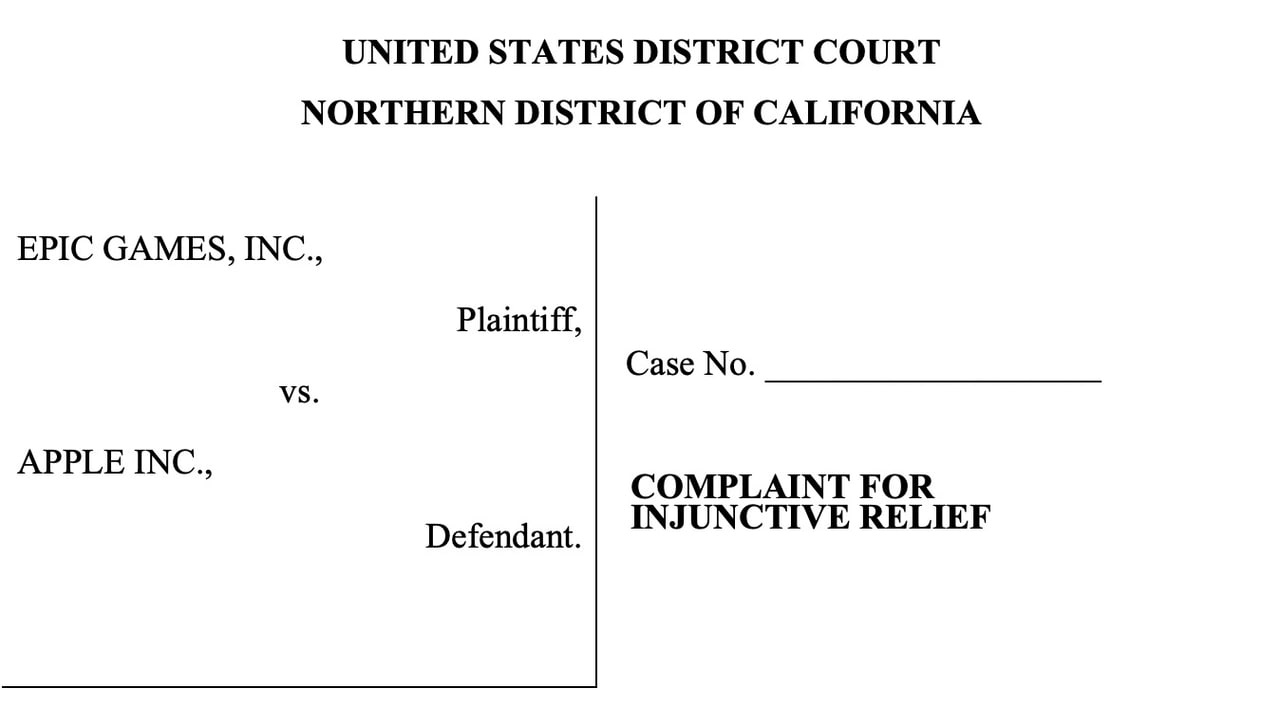 Epic Games has filed a lawsuit against Apple accusing the company of anti-competitive restraints and monopolistic practices.
In a filing with the United States District Court for the Northern District of California, Epic Games says "Apple has become what it once railed against: the behemoth seeking to control markets, block competition, and stifle innovation. Apple is bigger, more powerful, more entrenched, and more pernicious than the monopolists of yesteryear. At a market cap of nearly $2 trillion, Apple’s size and reach far exceeds that of any technology monopolist in history."
The lawsuit comes after Epic Games attempted to offer its Fortnite players the option to purchase V-Bucks and real-money directly at a 20% discount. This payment method wouldn't allow Apple to collect a 30% cut. Fortnite was promptly removed from the App Store. Clearly, Epic Games expected this outcome and had its lawsuit ready.