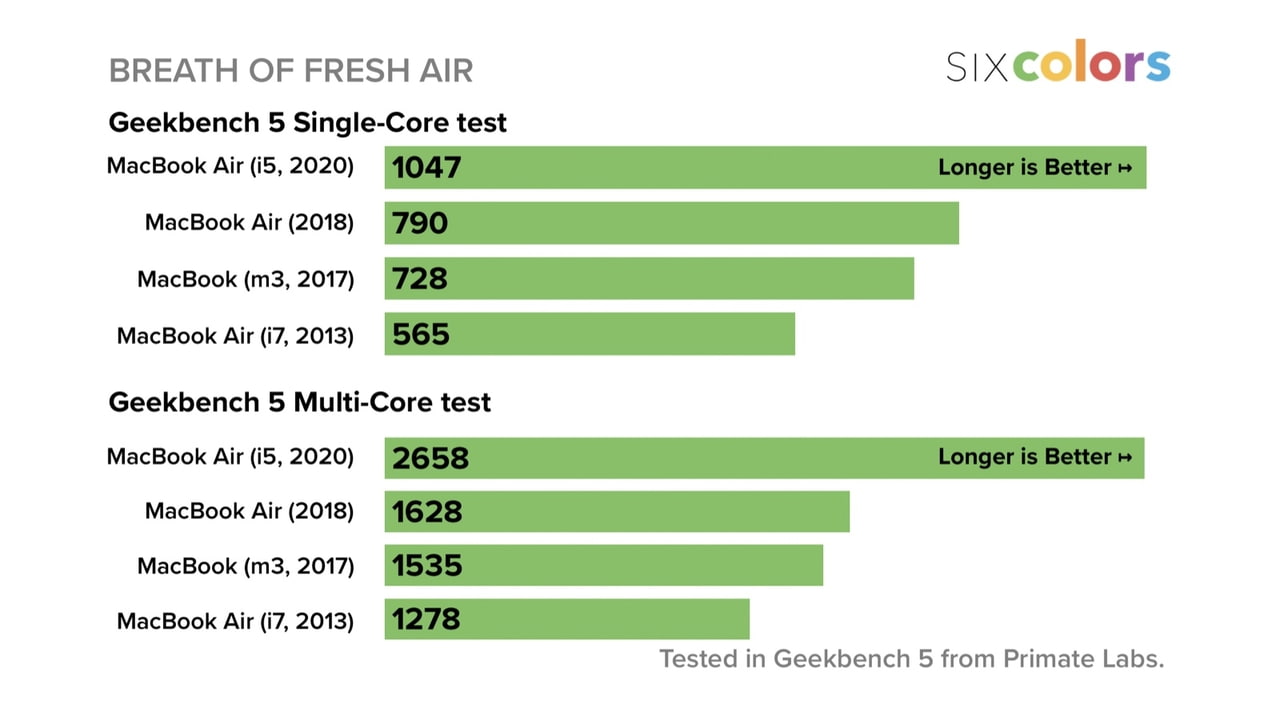 Check out these early benchmarks for the new 2020 MacBook Air. The benchmarks were shared by Jason Snell at SixColors.com.
Snell used Geekbench 5 to test a 1.1GHz Quad-core 10th-Generation Intel Core i5 Processor MacBook Air model. It scored 1047 in single-core performance and 2658 in multi-core performance. Compare that to 790 and 1628 for the 2018 MacBook Air.
I was only able to test the $1299 model that includes the quad-core i5 processor, so I can’t test whether the highest-end model meets Apple’s claims of speeds twice as fast as the prior model. But I was able to test the new laptop in Primate Labs’ Geekbench 5 and compare it to older Mac models. The results were encouraging, with a 32 percent improvement in single-core performance and 63 percent improvement in multi-core tests. (More cores helps.) Apple 21.5-inch iMac 4K On Sale for Its Lowest Price Ever [Deal]