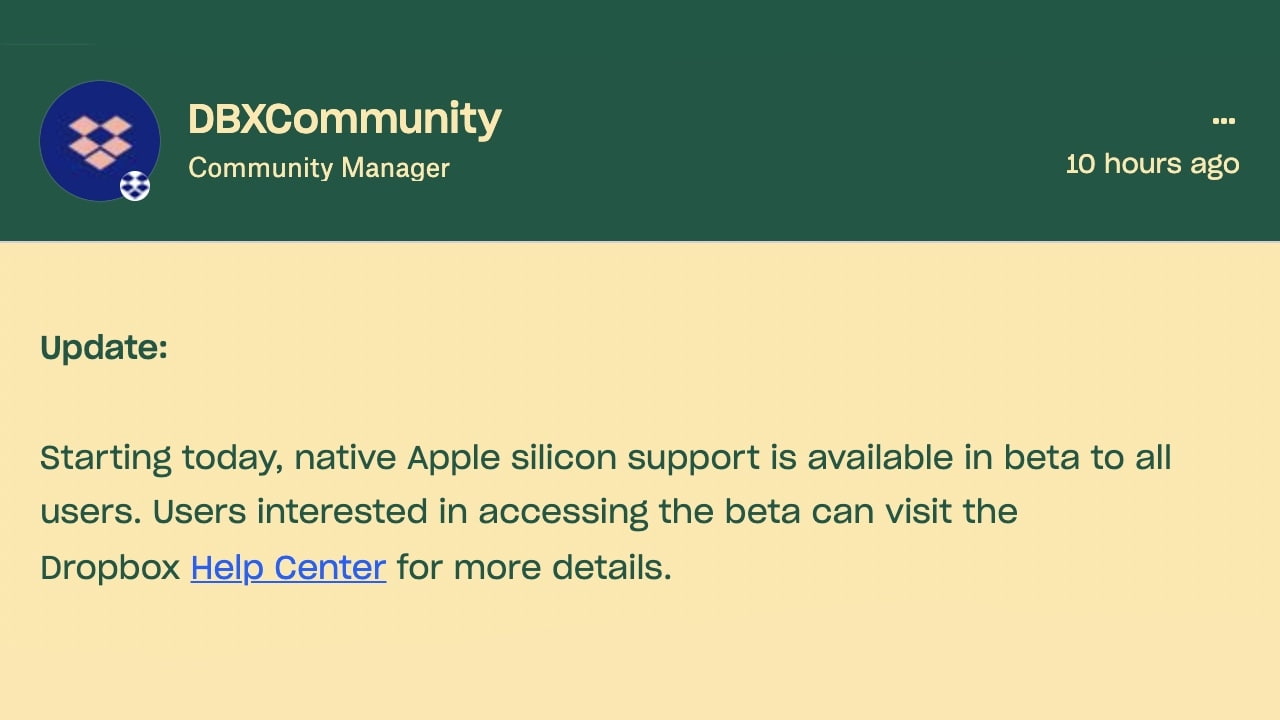 Dropbox has finally announced the release of a beta with native support for Apple Silicon.
Dropbox native support for Mac computers with Apple silicon (M1) processors is now available in beta to all users who have opted into Dropbox’s early releases program.
The beta is long overdue considering Apple launched the M1 processor in 2020. An outcry from users last year resulted in the company committing to update its app in the first half of 2022.