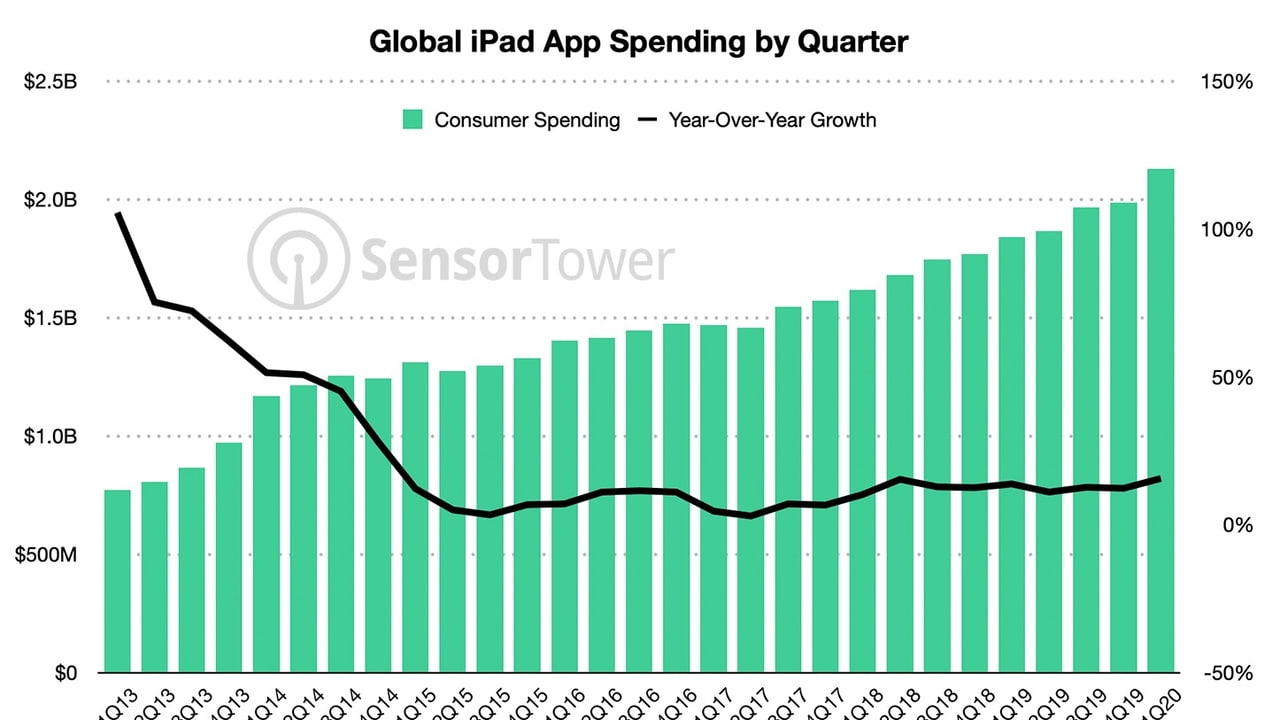 Quarterly first-time downloads of apps for Apple's iPad saw year-over-year growth in Q1 2020 for the first time since Q4 2013 and total new app installs reached its highest level since Q3 2016, reports Sensor Tower.
Driven by a surge in use and adoption of the device during the COVID-19 pandemic, quarterly first-time downloads of apps for Apple’s iPad surpassed 1.1 billion worldwide in Q1 2020, marking the first year-over-year growth in this metric since the fourth quarter of 2013 and a 40 percent increase from Q1 2019. At the same time, Sensor Tower Store Intelligence data reveals that quarterly global consumer spending in iPad apps saw its largest Y/Y increase since Q4 2014 at 16 percent, while crossing the $2 billion threshold for the first quarter ever.