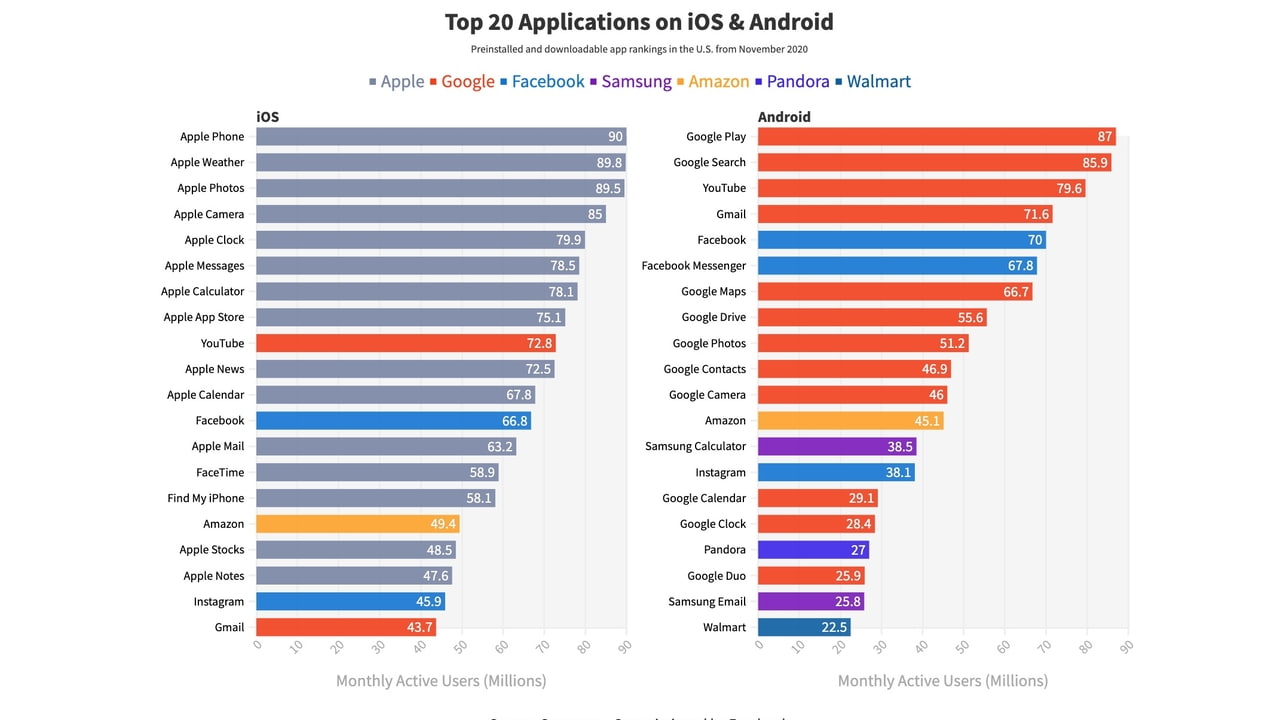 A Comscore study commissioned by Facebook found that preinstalled apps from Apple and Google dominate usage.
The study, shared exclusively with The Verge, suggests that it would be difficult for other companies to compete with default apps.
Preinstalled services dominate when it comes to basics like weather, photos, and clocks, according to the report, suggesting these categories will be difficult for other apps to compete in. Defaults don’t win out exclusively, though: Apple Maps and Music don’t appear on the iOS list at all, and Gmail makes the iOS list several entries below Apple Mail.