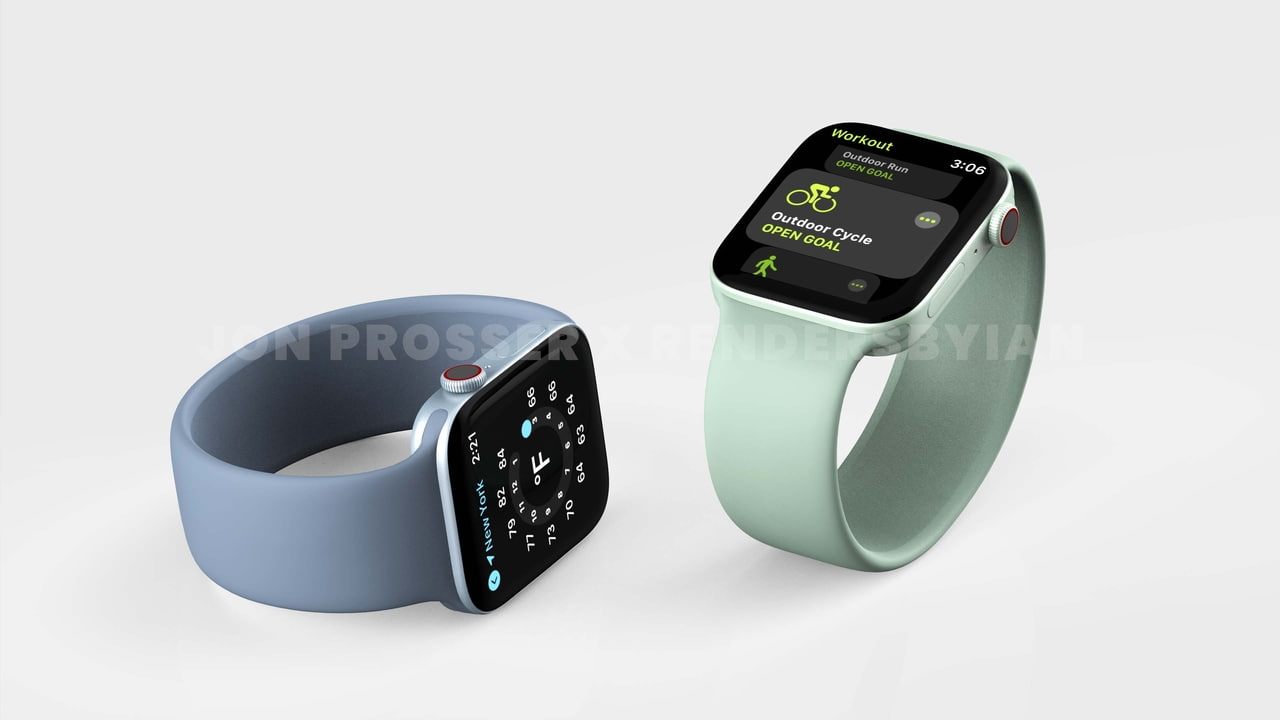 Apple plans to increase the screen sizes of its next generation Apple Watch and will introduce new watch faces to take advantage of the added real estate, reports Bloomberg.
The watches will be marketed as 41 millimeters and 45 millimeters, an increase from the current 40- and 44-millimeter versions, according to the people, who asked not to be identified because the specifications aren’t yet public. But those sizes refer to the vertical dimension of the case. The new screen itself — measured diagonally — will be about 1.9 inches on the larger model, up from 1.78 inches.
The 45mm model will have a resolution of 396×484, up from 368×448. That's a pixel increase of 16%. The smaller 41mm model will get a similar bump. Both have thinner borders around the screen.