Apple TV App May Be Coming to Xbox 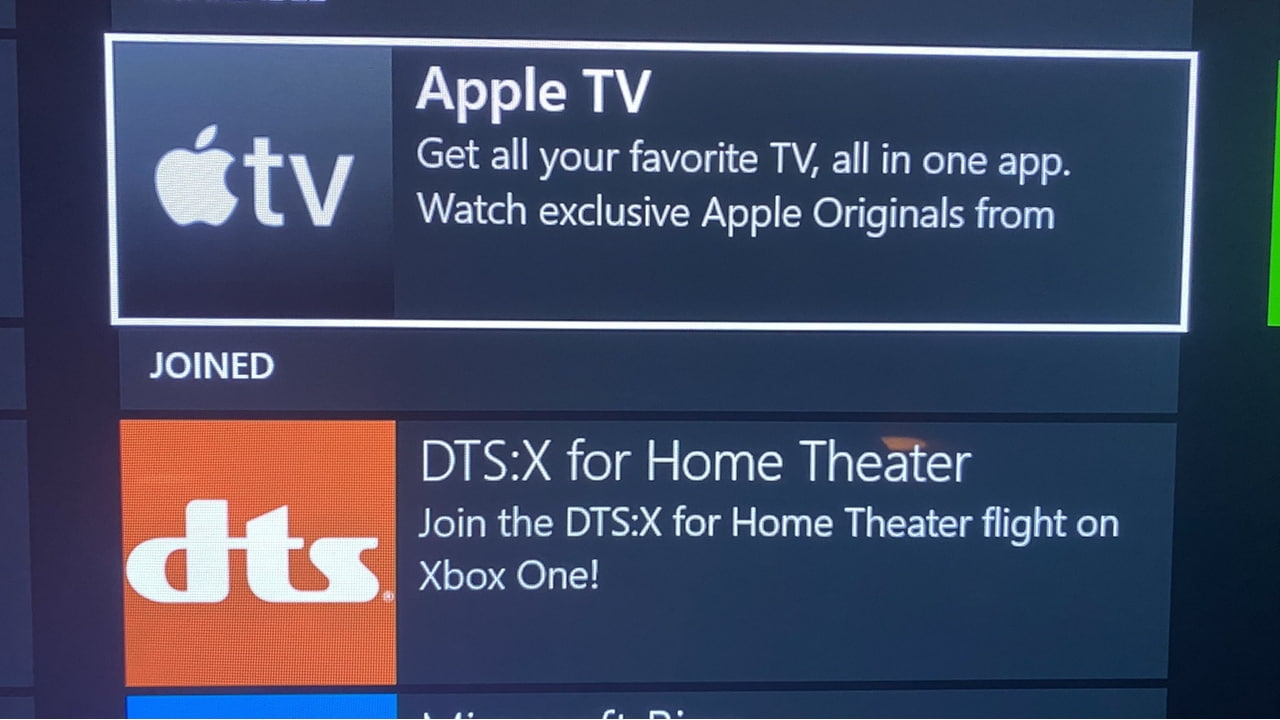 The Apple TV app has recently surfaced on Xbox consoles for a limited number of users, suggesting that Apple plans to bring the app and its Apple TV+ streaming service to Xbox users.
A screenshot of the app was shared on Twitter last week and today Windows Central is confirming that other users have verified its authenticity.
Apple TV appears to be available to a limited pool of testers on Xbox consoles according to a tweet from @Tzunami_Sapp and other users that have messaged us to verify. It appears likely that Apple TV for Xbox will be identical in features and functionality to the TV apps available on LG and Samsung TVs, but designed to work with an Xbox controller instead of your remote. The app includes access to Apple TV services, including its Apple TV+ subscription service launched in late 2019. The testing program has briefly appeared for some users, although with availability still locked down at this point in time.

Cellular Apple Watch Series 5 On Sale for 20% Off [Deal]