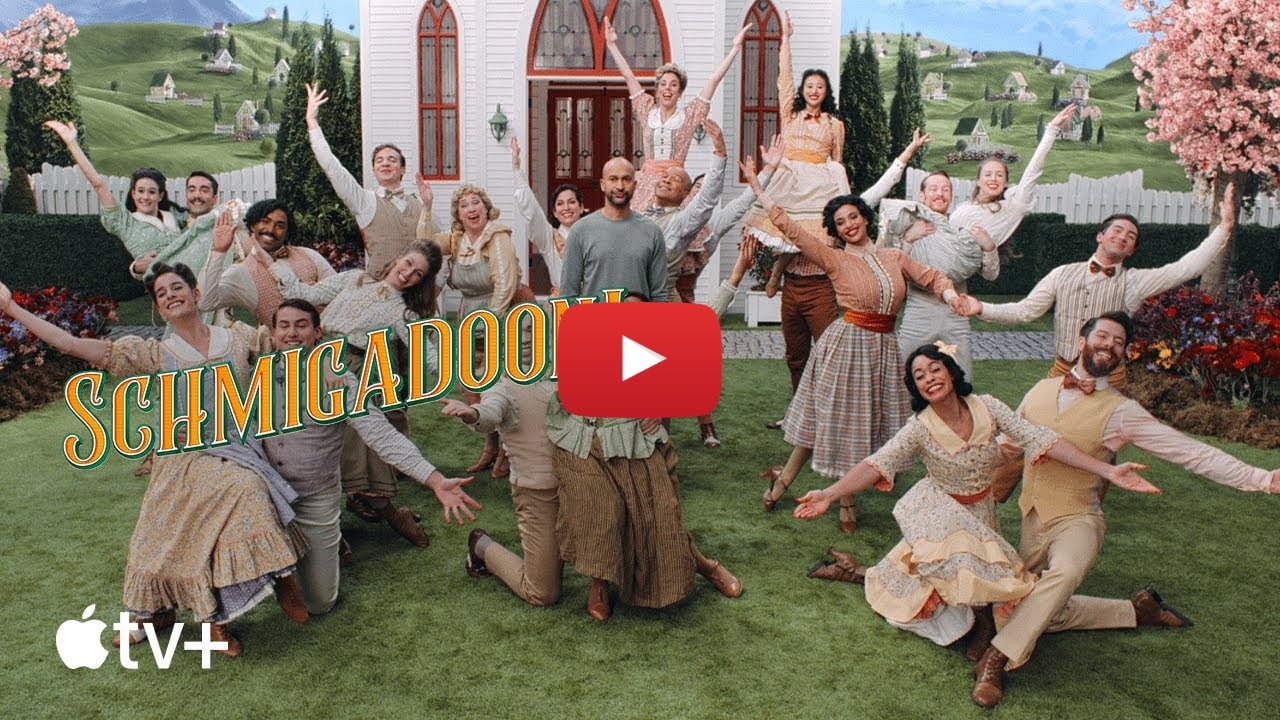 Apple has shared a first look at its upcoming series Schmigadoon!
A parody of iconic musicals, Schmigadoon! is a new musical comedy series executive produced by Lorne Michaels and starring Emmy Award nominee Cecily Strong and Emmy Award winner Keegan-Michael Key as a couple on a backpacking trip designed to reinvigorate their relationship when they discover a magical town in which everyone is living in a studio musical from the 1940s. They then discover that they can’t leave until they find “true love.” The cast also includes Broadway and TV veterans including Alan Cumming, Kristin Chenoweth, Aaron Tveit, Dove Cameron, Ariana DeBose, Fred Armisen, Jaime Camil, Jane Krakowski, and Ann Harada.
Hailing from Broadway Video and Universal Television, a division of Universal Studio Group, Schmigadoon! is co-created by Cinco Paul and Ken Daurio. Paul serves as showrunner, and wrote all of the original songs for the series. Barry Sonnenfeld directs and executive produces. In addition to starring, Strong serves as producer, and Daurio serves as consulting producer and writer. Andrew Singer executive produces with Lorne Michaels on behalf of Broadway Video.
Take a look at the video below…

Tim Cook: ‚Feels to Me That China is Getting the Coronavirus Under Control‘ [Video]