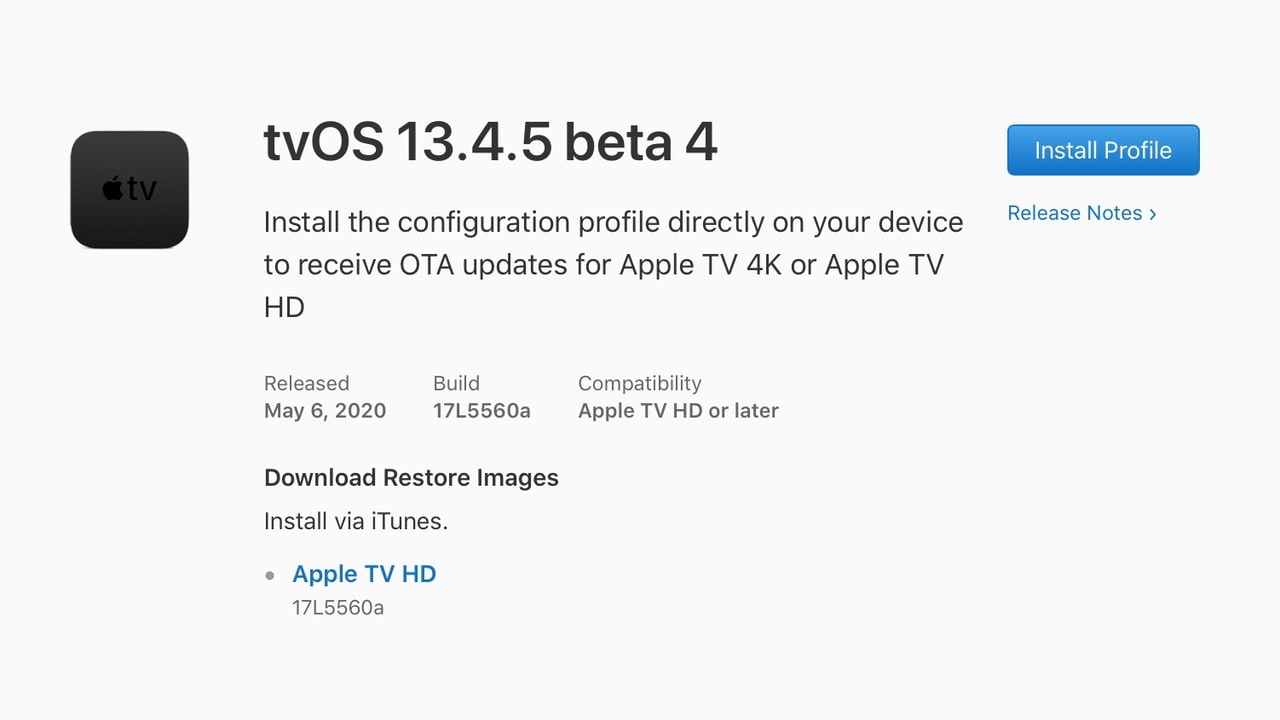 Apple has seeded tvOS 13.4.5 beta 4 to developers for testing. The build number is 17L5560a.
Today's tvOS beta brings bug fixes and improvements to tvOS 13.4 which was released last month. No new features were spotted in previous betas. We'll let you know if any new features are found in today's release.
Developers can get the new beta from the link below. Please download the iClarified app or follow iClarified on Twitter, Facebook, YouTube, and RSS for updates.