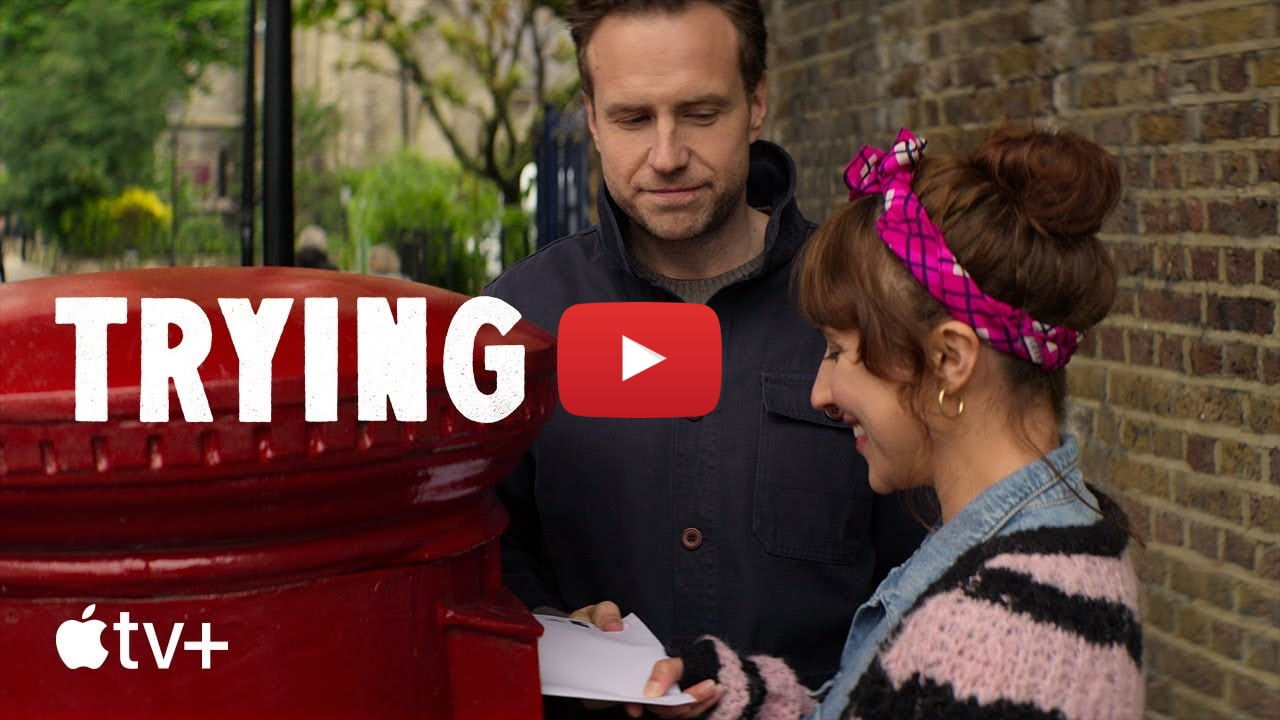 Apple has posted an official trailer for 'Trying', a new series coming to Apple TV+ on May 1st.
Co-starring BAFTA Award winner Imelda Staunton, Ophelia Lovibond, and Oliver Chris, and written by Andy Wolton, Trying is a new comedy series from Apple TV+ and BBC Studios about a thirtysomething couple and their friends learning to grow up, settle down, and find someone to love.
All Nikki (Esther Smith) and Jason (Rafe Spall) want is a baby—but it’s the one thing they just can’t have. How are they going to fill the next 50 years if they can’t start a family? They already went through The Sopranos in a weekend. After ruling out every other option, Nikki and Jason decide to adopt and are confronted by a world of bewildering new challenges. With their dysfunctional friends, screwball family, and chaotic lives, will the adoption panel agree that they’re ready to be parents?