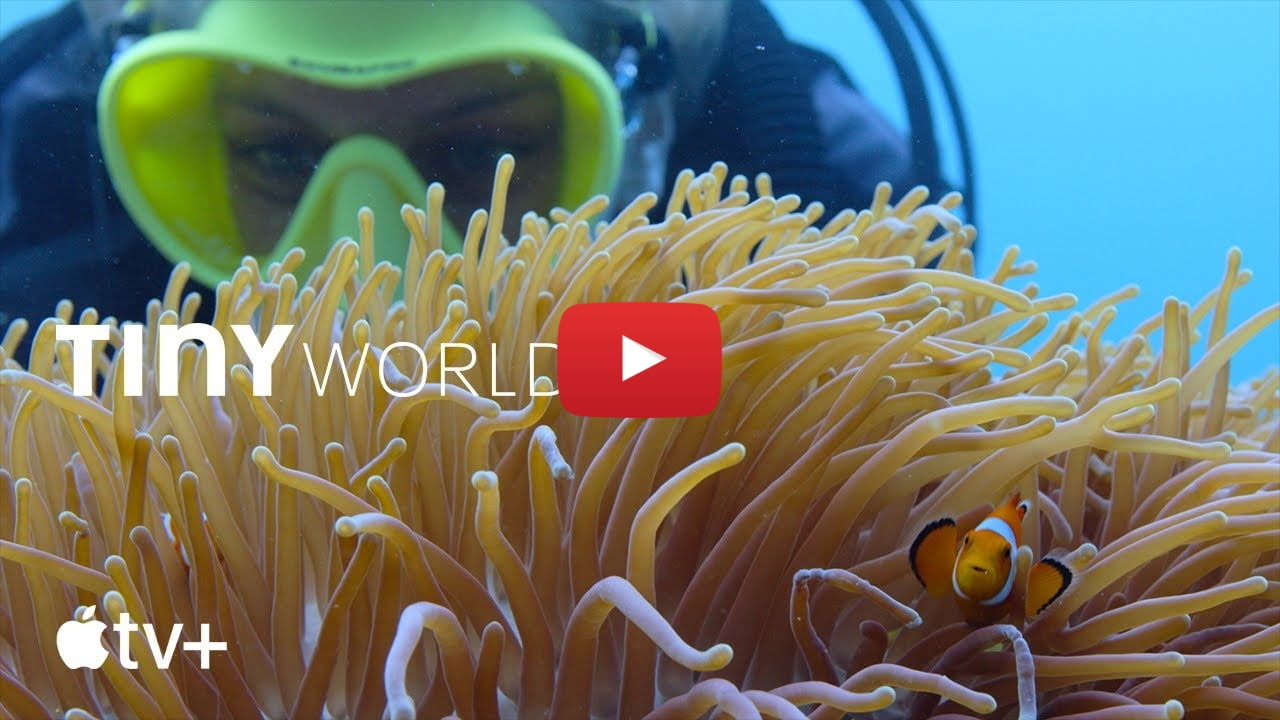 Apple has posted a look at 'Filming Inside the Reef' for the new season of Tiny World.
Down in Australia, underwater photographers reveal how they were able to record tiny heroes defending their coral homes during the making of Tiny World Season 2. Watch the all-new season of the Apple Original docuseries coming April 16 to Apple TV+
The series is narrated by Paul Rudd and showcases nature’s lesser-known tiny heroes.