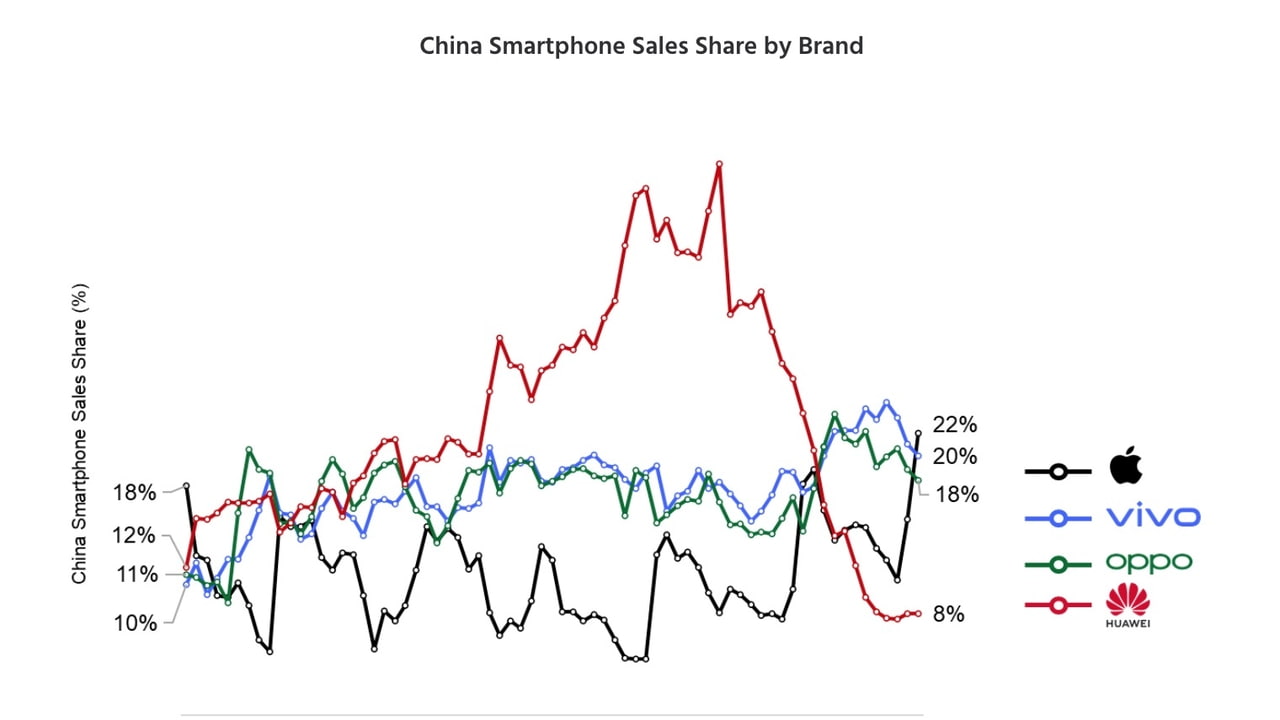 Apple was the best selling smartphone brand in China last month, according to a new report from Counterpoint Research. The company hasn't led sales in country since December 2015.
Driven by the iPhone 13 series, Apple’s sales grew 46% MoM, the highest among all major OEMs in the country. In comparison, China’s smartphone market grew only 2% MoM in October. Apple’s stellar show came at a time when many consumers were delaying their purchases ahead of the Singles’ Day sales in November. Other key OEMs saw MoM declines in their October sales.
Commenting on the market growth in China, Research Director Tarun Pathak said, “Ever since Huawei’s decline, the top position in China has been changing hands. OPPO became #1 in January 2021 while vivo attained the top position in March 2021. The market dynamics in changed again in October with Apple becoming the new #1 OEM for the first since December 2015. This was driven by the success of the iPhone 13 series, which was also launched cheaper than the iPhone 12 series in China. Huawei has been resilient in the premium segment in China, but this seems to be changing now. Apple, with its strong brand equity, is gaining the maximum from the gap left by Huawei in the premium segment. Apple could have gained more if it were not for the shortages, especially for the Pro versions. But still, Apple is managing its supply chain better than other OEMs.