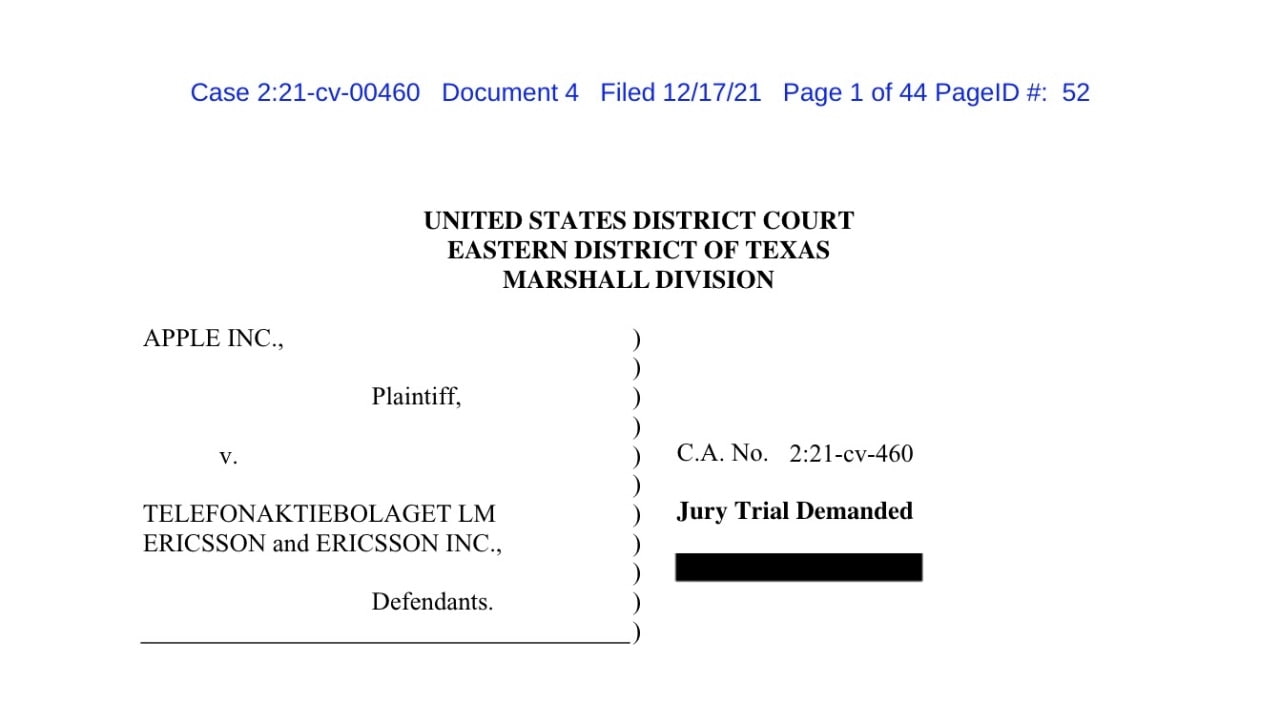 Apple has filed a complaint against Ericsson alleging the company has breached its FRAND commitments, reports FOSS Patents. This follows an October complaint from Ericsson which accused the company of negotiating in bad faith and a recent a motion from Apple to dismiss that complaint.
Notably, Florian Mueller says Apple's allegations have serious plausibility problems…
More than once, Apple's complaint argues that despite the transition from 4G to 5G, Apple should now get more favorable terms than in the past, and Apple's argument for a reduction is that it now holds five times as many cellular SEPs (mostly thanks to acquiring such patents, particularly from Intel) than it did last time. Sorry, but that's not an argument I can take seriously, and I don't think Judge Gilstrap will be impressed either. 5G rates will be higher in this industry than 4G rates used to be. Apple may not like that, but that's where the market is going. In that regard, Apple is merely being ignorant of a reality it doesn't like. But the crazy part is that Apple, with its huge volume (in $$ as well as units) compared to Ericsson, simply can't gain any non-negligible leverage form its own SEPs in light of the disparity I just mentioned. If Apple negotiated a cross-license with e.g. Samsung, then that might be a valid point. Not so here. Ericsson has negligible exposure compared to Apple.