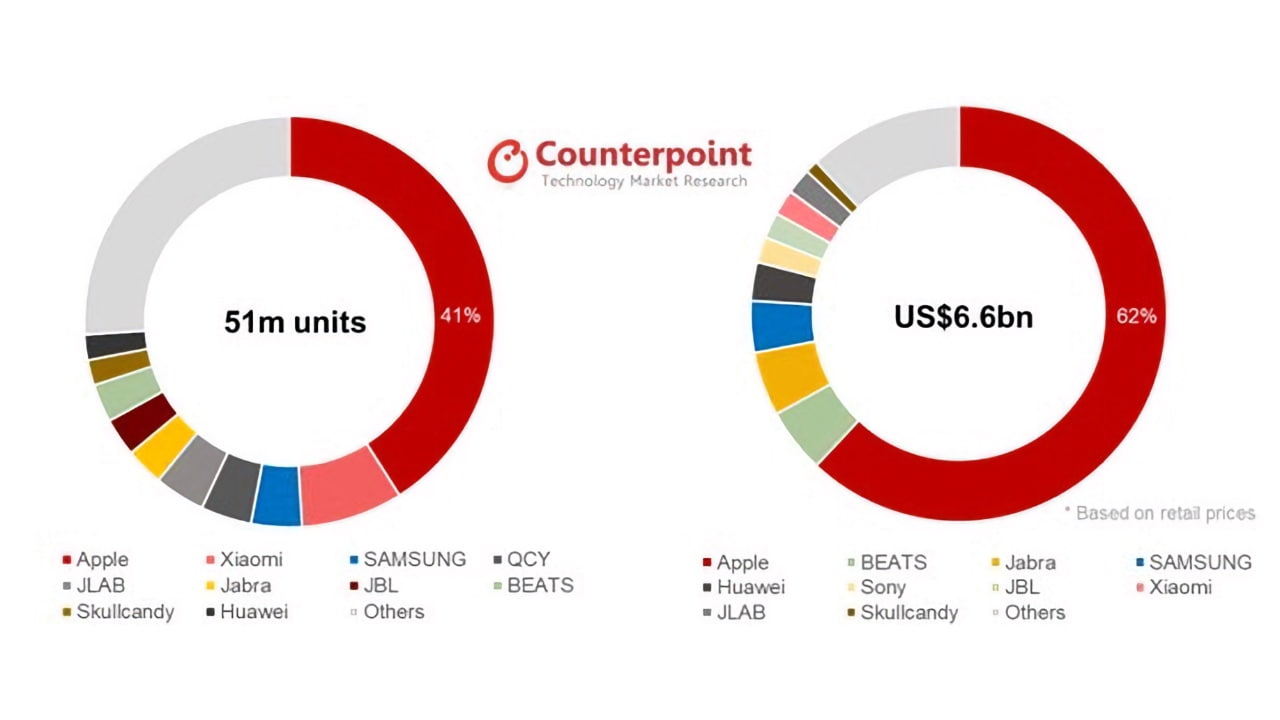 Apple is expected to sell more than 100 million true wireless hearables in 2020, according to the latest report from Counterpoint Research.
The global market for true wireless hearables grew over 50% in 4Q19 reaching over 50 million units in the quarter, according to Counterpoint's Hearables Market Tracker. The U.S. segment grew over 75% quarter over quarter and accounted for more than 30% of the global market.
Despite shortages, the launch of the new AirPods Pro model helped Apple achieve 44% growth in 4Q19. The company's market share fell slightly but still topped 40%. Xiaomi kept its second spot ranking thanks to the Redmi Airdots. Samsung was close behind with QCY and JLab taking third and fourth place.

Apple Stores in China Will Not Reopen on February 10th

Apple is Donating Millions of N95 Respirators to Health Professionals