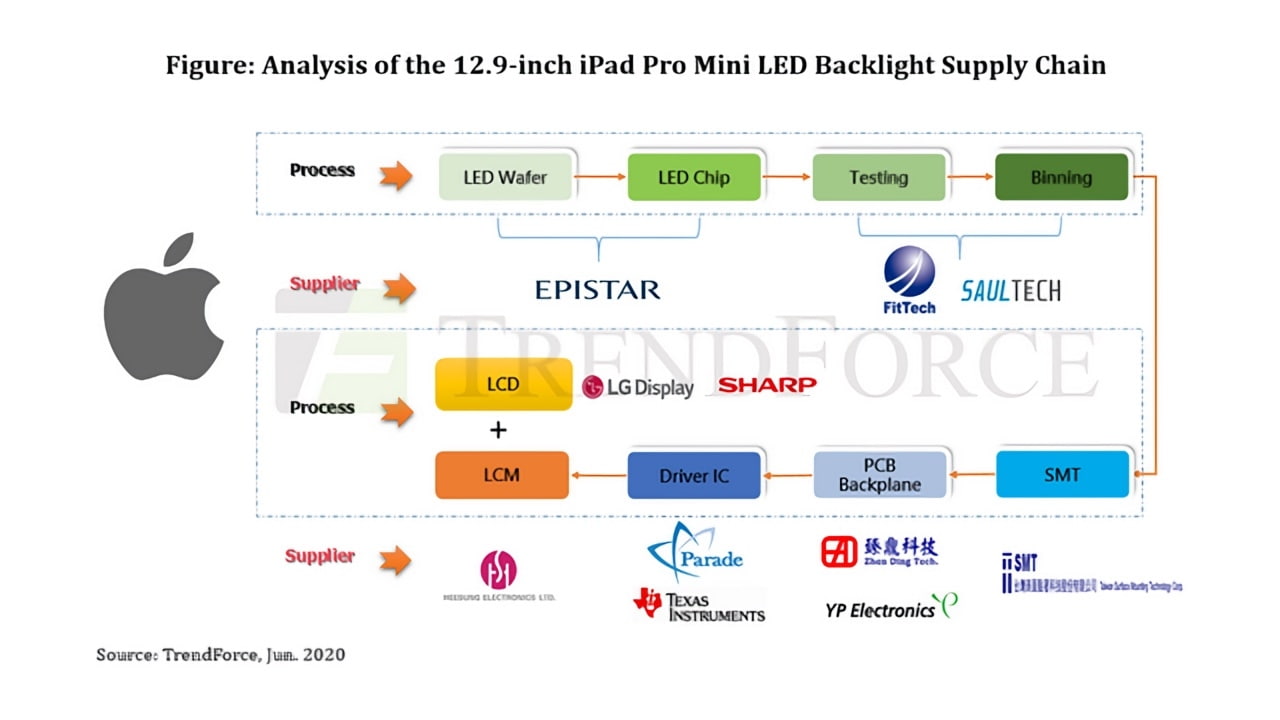 Apple has chosen Taiwanese manufacturers to supply key components for its upcoming mini LED backlight displays, according to TrendForce. Taiwanese suppliers are said to have superior product stability and technological maturity. Additionally, collaborating with these companies could avoid impact from a China-U.S. trade war.
Taiwan invested in LED R&D significantly earlier than China did, meaning it leads the latter in terms of both technological maturity and patents. These advantages, combined with the ease of procuring raw materials and components, make Taiwanese suppliers more efficient in the development of new technologies.
Apple is said to be working on a new 12.9-inch iPad Pro with a mini LED display; as well as, new 14-inch and 16-inch MacBook Pros. Mini LED offers high brightness and high contrast ratios that can reach 1,000,000:1 compared to just 10,000:1 for mainstream displays. They are also highly reliable can deliver consistent brightness in harsh environments with temperatures ranging from 60C to -10C.