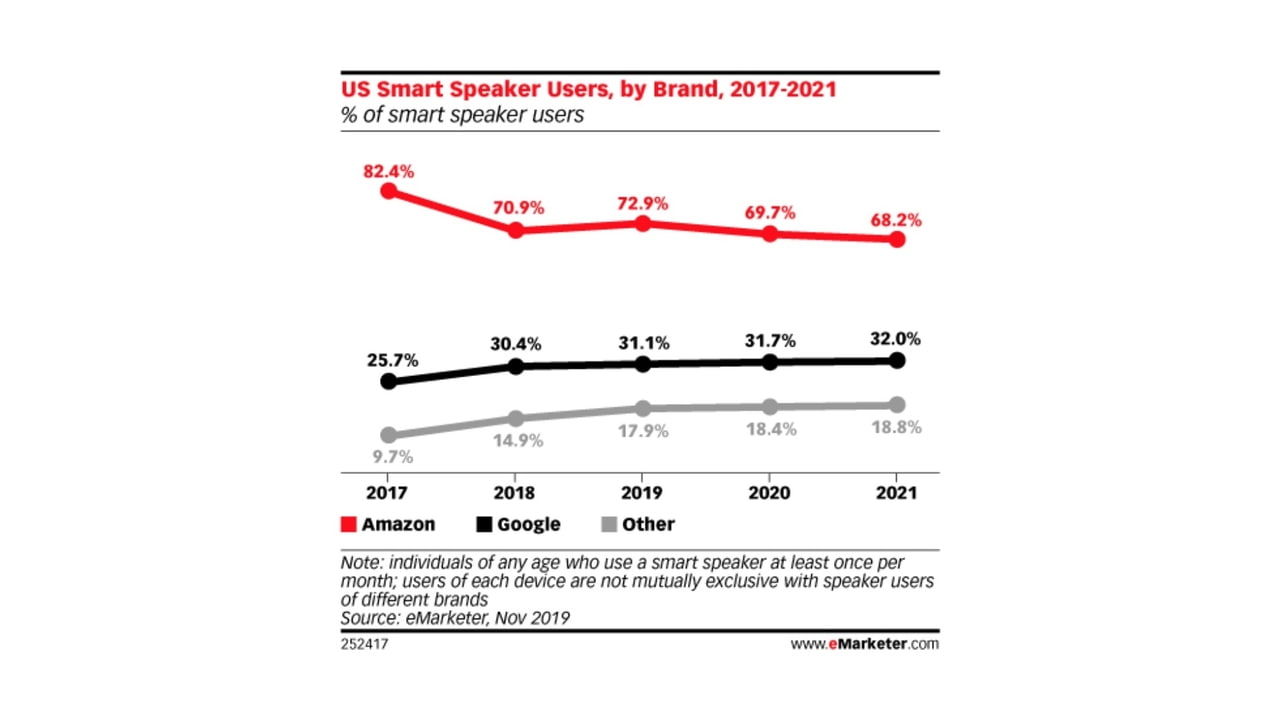 Amazon has managed to hold on to its dominance in the smart speaker market, according to a new report from eMarketer. The company is expected to fend off rivals Google and Apple to capture about 70% of the market in 2020, down only a few percent from last year.
This year, 69.7% of US smart speaker users will use an Echo, down slightly from 72.9% last year. By comparison, 31.7% of smart speaker users will turn to Google-branded devices, and 18.4% will use other smart speaker brands, including the Apple HomePod, Harmon Kardon Invoke and Sonos One. These percentages add up to more than 100% because some smart speaker users use more than one brand of speaker.
“Since Amazon first introduced the Echo, it has built a convincing lead in the US and continues to beat back challenges from top competitors,” said Victoria Petrock, a principal analyst at eMarketer. “We had previously expected Google and Apple to make more inroads in this market, but Amazon has remained aggressive. By offering affordable devices and building out the number of Alexa skills, the company has maintained Echo’s appeal.”

How to Jailbreak Your iPhone on iOS 13.5 Using Unc0ver (Mac)